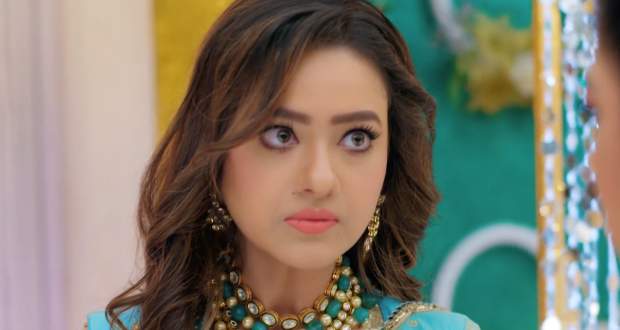 Today's Anupama 30 December 2020 episode starts with Paritosh asking Kavya to leave. Hasmukh gets furious and feels ashamed to have a son like Vanraj. He also asks Vanraj to leave.

Vanraj asks Kavya to leave while Kavya wants Vanraj to come along. Kavya also suggests that Vanraj is about to lose his job.

Kavya continues to rebuke Anupama and Devika supports Anupama. Kavya suggests that Anupama doesn’t have the capability to stand on her feet.

She points out that Anupama is still wearing Vanraj’s Mangalsutra. Kavya wants her rights and wishes to wear Anupama’s Mangalsutra.

Anupama loses her cool and holds Kavya’s hand. She takes her outside the house and asks her to leave with her remaining pride.

Kavya again starts talking while Anupama slaps her. Vanraj comes in Kavya’s support while Anupama asks him to leave if he is hurt.

Vanraj wishes to stay for wedding rituals while Anupama doesn’t want Kavya’s presence. Kavya warns that she will kill herself if he enters the house again.

Vanraj doesn’t come inside while Anupama decides to perform rituals alone. The marriage rituals are completed without Vanraj.

Vanraj gives his blessings from afar and leaves. He rebukes Kavya for spoiling his son’s special day and getting instigated by Rakhi.

Kavya accuses Vanraj of not being able to take a stand and give a name to their relationship. Vanraj accuses Kavya of spoiling his and his family’s happiness.