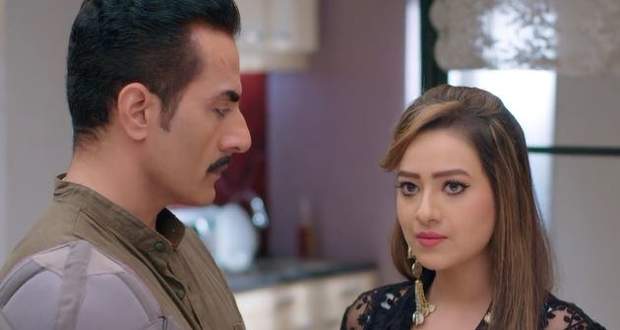 Today's Anupama 30 January 2021 episode starts with Kavya arrogantly saying to Vanraj that she has to report to Kinjal from then on while she instigates Vanraj against Anupama and blames her for Kinjal's job.

Elsewhere, Leela tells Kinjal that she willingly went for the interview to degrade Vanraj while Partitosh and Anupama take a stand for Kinjal.

Meanwhile, Paritosh says that if Kinjal is not leaving the job, then he also won't deny Rakhi's job offer at her coaching centre.

Leela further asks Hasmukh why didn't he say anything to Kinjal while Hasmukh tells her that there is no one to be blamed. At the same time, Sweety comes to the Shahs' house to take her things from the house.

Anupama feels very emotional on Sweety's arrival while Sweety remains heartless towards her. Meanwhile, Kavya comes to pick Sweety at the Shahs' house.

At the same time, Kavya confronts Anupam while Anupama tells her to take care of Paakhi. Further, Kavya places an allegation on Anupama on Kinjal's job in Vanraj's position.

Later, Kavya challenges Anupama about Kinjal's sustanaince at her job.