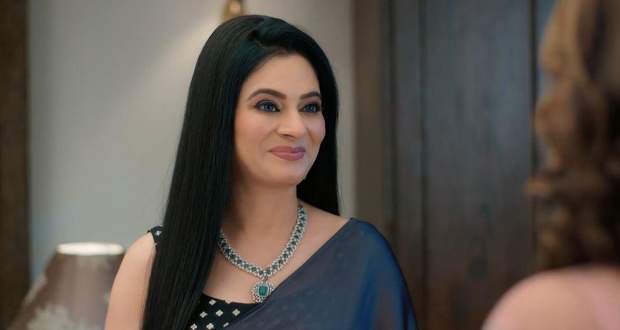 Today's Anupama 30th March 2022 episode starts with Anupama reminding Pakhi and Paritosh about their shortcomings and stressing the fact that she was never embarrassed by them as their mother.

Anupama highlights various instances from the past to show how both of her children behaved with her without giving her any respect.

With eyes getting teary, Anupama regrets her actions in the past to cover up her family’s imperfections and fulfilling each member’s wishes.

She asks everyone why they cannot be happy for her and Anuj if they consider her as their “own” family.

Meanwhile, Anuj converses with Jignesh on the phone and tells him that he has full faith in Anupama that she will win this time.

He reminds Jignesh how the family members were always the ones to lecture Anupama but now Anupama will take her stand against them.

Coming back, Pakhi and Toshu try to put conditions on Anupama but she dismisses them instantly without giving in.

Anupama announces that the Shah family did not care for her happiness ever despite her being the one who fought for others’ happiness.

Highlighting the societal status of a mother, Anupama tells everyone that a mother is always expected to sacrifice for her children throughout her life.

However, this time, Anupama refuses to sacrifice her happiness as she is not “the greatest” but just a mere human.

Anupama tells Pakhi and Toshu that even if they try to cut ties with her, she will still love them as her children.

Covering her ears, Anupama remembers every memory of disrespect she has gone through, with just one word escaping from her mouth, “Enough!”

Anupama declares that she is right in her decision and will not give up on her happiness due to the family members.

“Dadi Ki Shaddi Hogi”, Hasmukh and others clap for Anupama as she confidently announces these words in front of the Shah family.