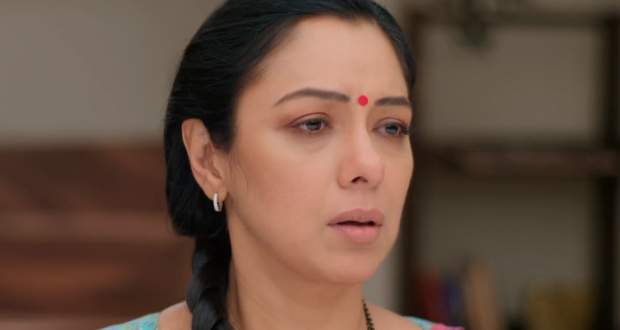 Today's Anupama 30 November 2020 episode starts with Vanraj entering the room while Pakhi is crying. Vanraj tries to talk to her while Pakhi leaves without talking to him.

Vanraj rebukes Anupama and blames her for instigating his family against him. He states that Anupama wants to rule the family.

He also says the family and the house belongs to him and asks Anupama to leave the house. Vanraj further states that Anupama is just a glorified maid.

He says he will keep two other maids and a nurse and the family won’t need her. He blames Anupama for everyone’s sadness while Anupama is ready to leave the house.

Samar comes at the same time and rushes outside to tell Baa and Bapuji everything. Vanraj tells Anupama to say in front of the family that she is leaving the house.

Anupama says the exact same thing and states that she can’t lose her self-respect. She further points out that Vanraj has crossed all limits.

Vanraj again asks Anupama to leave the house rudely while Anupama assures Bapuji that she will come to help them anytime.

Bapuji states that he won’t interfere in Anupama and Vanraj’s decision and asks Samar to bring the property papers. Meanwhile, Kavya is worried about Vanraj while Anirudh calls her.

He warns her about Vanraj and asks her to use her brain. Elsewhere, Bapuji tears the papers of property and states that he will give the house to Anupama.

He says Anupama will decide if Vanraj will stay in the house or not. Later, Baa meets Vanraj and asks him to not leave the house.

Vanraj blames Anupama and hugs Baa while she says silently. Elsewhere, Anupama doesn’t want the family to break and Baa and Bapuji to stay away from Vanraj.