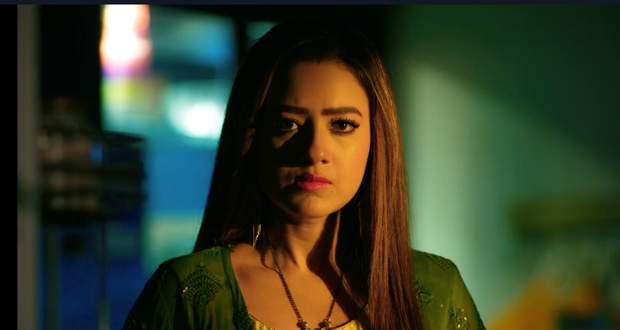 Today's Anupama 30 November 2021 episode starts with Vanraj leaving the room in anger and getting rid of Kavya in an unfriendly way. Vanraj also warns if things go wrong in the anniversary function, Kavya might have to witness his Tandav, his wrath.

On the other hand, Anumapa is happy to send an email to Anuj. Anupama also prays to Kanhaji to mend the relations as she is mending Leela and Hasmukh’s wedding dress.

Meanwhile, Anuj is banging on Anupama’s door worried for her after her text message but the scene becomes really funny when he comes to know that it was all a misunderstanding just because of an auto-correction feature on her phone.

However, Anuj again gets tensed when he sees a wedding attire near Anupama but has a sigh of relief when he gets to know it belongs to Leela. Later, Anuj also helps Anupama.

Besides, Vanraj and Toshu are lost in deep thoughts on the sofa wondering how to get their self-respect back.

The next day, Leela and Hasmukh are happy to see the decorations and Anupama also joins them. Vanraj assures Anupama that Anupama does not have to worry about Kavya when she asks his permission to stay. Anupama also offers to prepare mehndi which when applied will give the best of color.

Furthermore, the Shah family offers to do a pre-wedding shoot of Leela and Hasmukh.

On the contrary, GK gets a call which leaves Anuj and GK worried.

At the same time, Kavya taunts Anupama for Anupama’s regular visits to Kavya’s house and also claims Anuj as Anupama’s boyfriend. But Anupama retorts back saying she should have won the hearts of the family instead of the house. Kavya leaves the moment she sees Vanraj there.

© Copyright tellybest.com, 2020, 2021. All Rights Reserved. Unauthorized use and/or duplication of any material from tellybest.com without written permission is strictly prohibited.
Cached Saved on: Thursday 20th of January 2022 04:17:58 AM