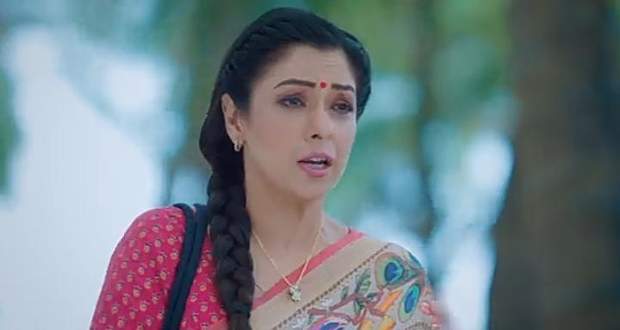 Meanwhile, Nandini cries to Kinjal informs her about Rohan while Kinjal calms her.

Leela is closing the house and sees Nandini's picture peaking from the sofa and goes to look at it when Kinjal comes there and tells her to go to sleep as she will manage everything and takes the picture.

Anupama and Kavya get worried and go to check on Anuj and Vanraj but get amused seeing them calling each other brothers and dancing on the dance floor.

Later, Anupama and Kavya manage to bring Anuj and Vanraj to the hotel and leave them sitting in the lobby while they go to book a hotel room.

Anuj says that he loves Anupama and loves her for 26 years and tells his one-sided love story.

Vanraj asks why he didn't love Anupama even after staying with her for 25 years which makes them blabber with each other.

© Copyright tellybest.com, 2020, 2021. All Rights Reserved. Unauthorized use and/or duplication of any material from tellybest.com without written permission is strictly prohibited.
Cached Saved on: Thursday 11th of August 2022 06:04:06 AM