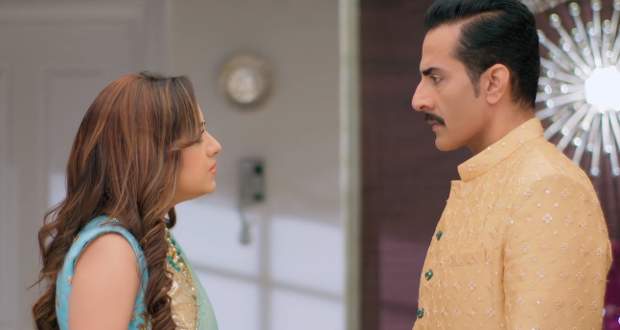 Today's Anupama 31 December 2020 episode starts with Vanraj blaming Kavya for not letting her attend the wedding of his son. Kavya gets angry and blames him for not treating her well.

Vanraj doesn’t understand what Kavya actually wants while she doesn’t want to remain a keep for him and wants a name for their relationship.

Kinjal wants answers to her questions before taking the blessings. Meanwhile, Kavya and Vanraj continue to argue.

Vanraj again points that he left his family for her. Kavya wishes to break the relationship if he can’t leave Anupama and his family.

Kavya asks Vanraj to leave her and return to Anupama as she might forgive him. Elsewhere, Rakhi tries to prove she didn’t want to create drama.

Rakhi apologizes while Sanjay and Dolly wish to enjoy the special occasion. Anupama’s mother is also asked to stay for lunch.

Vanraj removes the keys to Kavya’s apartment and photographs from his wallet and leaves. Kavya realizes Vanraj has actually left and tries to stop him.

However, she falls down on the floor. Meanwhile, Anupama warns Rakhi not to attack her family and kids.

She also reveals that Kinjal and Paritosh are leaving for Udaipur. Later, Anupama’s mother creates a scene and rebukes Leela for not giving a proper upbringing to her son.

She even wishes to slap Vanraj and wants to know what Baa would have done if Sanjay had cheated on Dolly.

Anupama’s mother doesn’t want her to stay there and asks her to come along. Anupam states that she will leave the house only after she dies.

© Copyright tellybest.com, 2020, 2021. All Rights Reserved. Unauthorized use and/or duplication of any material from tellybest.com without written permission is strictly prohibited.
Cached Saved on: Tuesday 2nd of March 2021 01:05:57 PMCached Disp on: Sunday 7th of March 2021 04:58:22 AM