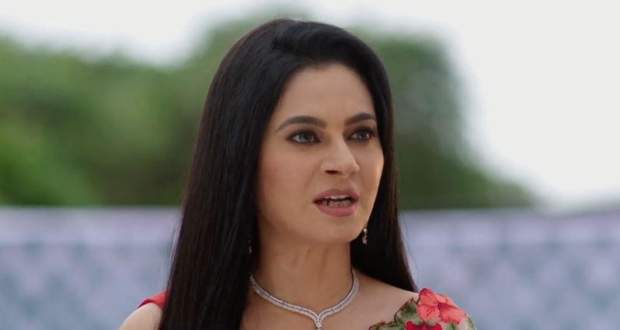 Today's Anupama 31 March 2021 episode starts with Anupama telling Rakhi that she has no grudge towards her and compares her to Mirchi.

Kavya tells someone on the call to get the divorce papers ready immediately and fast-track the process.

She further goes to Vanraj and tells him that he only knows how to get angry and that he never saw the good things in her.

She further confesses her feeling and says that he will never be able to forget her as they had something between them.

She says that Anupama will be out of the house but will stay in the mind of the family members.

Everyone gets emotional and Leela tells Vanraj to put Anupama to sleep.

She asks about Paritosh while Rakhi reveals that he has gone to Dubai for an important meeting.

Anupma tells Vanraj that she always loved him but he never loved her and confessed her feelings for him in her inebriated state.

She falls asleep holding Vanraj's hand while he gets emotional remembering the harsh moments in her life.

Elsewhere, Rakhi apologises to the Shah's for bringing Thandai and everyone starts rebuking her while Leela thank her as Anupama revealed her hidden thoughts.

Kavya and Vanraj are arguing on a video call while she sees Anupama in his bed and gets angry.

The next morning, Anupama wakes up with a hangover while she remembers bits of what happened the previous day.

Vanraj comes there and gives her lemon juice to drink while joking with her.

She asks him if she said something unusual while he says that she will remember herself.

She gets tensed while Leela and the whole family are seen standing at the door.