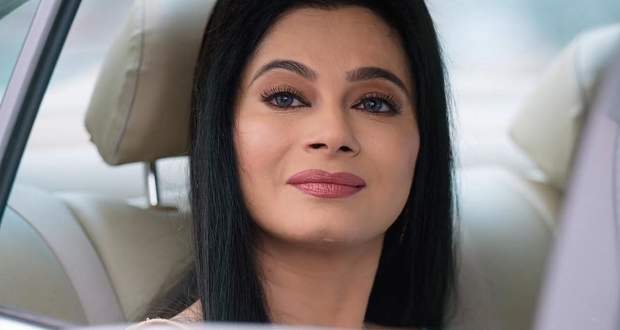 Today's Anupama 3 February 2021 episode starts with Kavya reaching home and telling Vanraj that she was humiliated in office and instigates him to sign the divorce papers that Anupama sent him.

Meanwhile, Anupama tells Samar that it was her mistake that she made herself helpless by not standing up to Vanraj earlier.

Kavya tries to instigate Vanraj by telling him that Anupama is making him look poor by no asking for alimony.

Later, Kinjal comes home while Leela asks her if Kavya taunted her about anything while gets informed that Kavya is working under her.

Leela gets happy and dances while Paritosh comes there and informs everyone that he is going to be the head of Dave Coaching Classes in Mumbai and will have to live there which creates an argument in the house.

At the same time, Kavya calls in a lawyer and asks Vanraj if he wants to divorce Anupama and he agrees.

Paritosh and Kinjal get into an intense argument while he questions Anupama's companionship which shocks Kinjal.

Elsewhere, Samar asks Anupama if she would get upset if he leaves too and she starts crying while he also cries.

Samar tells her that he will never leave her and hugs her.

Next morning, Kavya and Vanraj leave the hospital after getting his sling removed while she tells him to get a cab home as she is taking the car to office.

However, Rakhi's car stops in front of them and she greets them and taunts Vanraj for losing his job.

Upcoming Anupama episode update: Anupama stands up for herself in front of Vanraj.