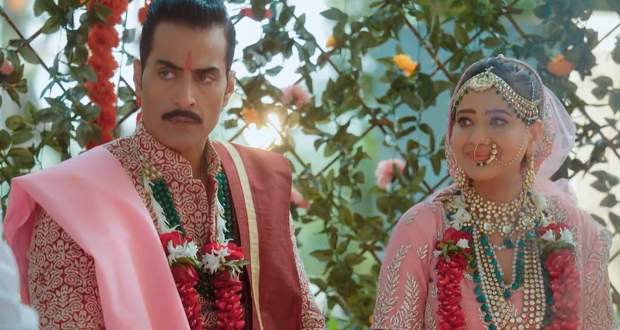 Today's Anupama 3 June 2021 episode starts with Vanraj telling Kavya that he's not ready while she threatens to drag him to court.

Anupama rebukes both of them in anger for not being able to decide and fighting like kids.

She says that she and the family have to suffer because of their childish act.

She insults both of them by reminding them how they lived a two-faced life for nine years.

She tells Kavya to learn how to win something and not snatch it.

She says that she took a step for her happiness and filed for divorce and advises Vanraj to take a step of marrying Katya.

Kavya threatens Vanraj while he shouts at her to never threaten again.

He says that the marriage will happen but because of love, not fear.

They start the marriage rituals while the Shah family goes back to their house cottage.

Later, Anupama sees Hasmukh and gets happy while Kavya and Vanraj reach there at the same time.

Anupama and Vanraj rush towards him and enter at the same time while Kavya looks on.

Hasmukh and Anupama share an emotional moment while Leela says that she will not welcome Kavya in the house.