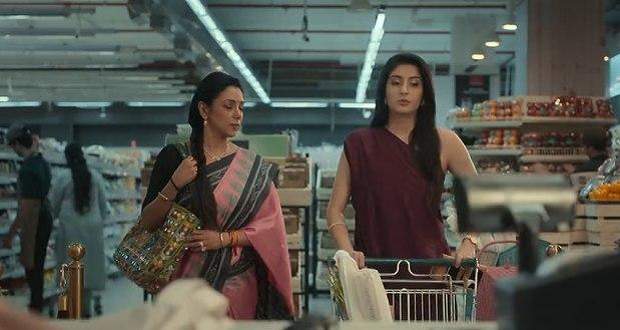 On the other hand, Kinjal talks to Kavya that she can finish the relationship on a good note instead of a bad one and should handle things maturely.

Meanwhile, Anupama says that being a mother is more difficult than climbing Mount Everest, and increasing age will make it more difficult.

Anupama says that she is already divided into her other relationships and a child needs attention and care.

Further, Kavya expresses how she has created an unbreakable bond with the Shah family while Kinjal replies she also wants her to see the baby before leaving the Shah house.

Later, Anupama says that Anu is extremely young and is he ready to climb, Mount Everest, together?

Further, Anuj apologises to Anupama and so does Anupama.

Surprisingly, Anupama says how Lord Krishna arrived at Yashoda Maa and Nand Baba but his real mother was Devki.

In addition to that Anupama explains that motherhood need not come only after bearing a child but through their loving hearts.

Anupama gives good news to Anuj about her wish for being a mother all over again and agrees to be little Anu's mother.

Further, Anuj asks if she is not worried about what will others say while Anupama replies "Duniya ki aisi ki taisi" which means society can go to hell.

Anuj thanks Anupama for making his dream of having a child come true to life.

Both Anupama and Anuj arrive at the orphanage home and look at their new stage of life (Anu) with love.

Later, Anuj talks about how the rainbow of happiness is about to arrive at their house as little Anu will be part of it.

Further, Anuj says that they will complete all the paperwork and take little Anu with them while Anupama shares that now Anu will be celebrating her birthday the day she will arrive at Kapadia's house.

After some time, Anu leaves for her school and reminds Anuj and Anupama to pick her up on time as she will wait for them.

Anuj and Anupama talk about how people will point fingers at their decision but will not change it no matter what.

Anuj and Anupama reach back at the Kapadia house while Anuj leans in for a kiss on Anupama's cheek.

Suddenly, Barkha opens up the door and interferes in their moment.

© Copyright tellybest.com, 2020, 2021. All Rights Reserved. Unauthorized use and/or duplication of any material from tellybest.com without written permission is strictly prohibited.
Cached Saved on: Wednesday 3rd of August 2022 03:12:20 AMCached Disp on: Monday 15th of August 2022 06:04:59 AM