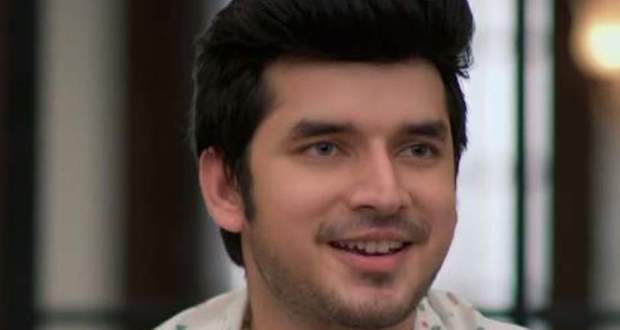 Today's Anupamaa 3 March 2021 episode starts with Kavya calling Vanraj to have lunch with her while he tells her that he and the whole family is going to Gandhinagar to meet his grandmother.

Kavya disconnects the call and thinks to close her chapter with Anirudh to get Vanraj.

Meanwhile, Samar is talking with Anupama and talks affectionately about an imaginary Pooja sees that Nandani listening to them.

Anupama also sees her and plays along with Samar which makes Nandini angry at Samar.

Later, Kavya gives Anirudh divorce papers and tells him to sign them in exchange for the house.

Anirudh assures her to call him if she is ever in need and they part ways while a colleague of Kavya keeps his eyes on her.

Meanwhile, the Shah's are planning to go while Anupama warns Samar and Paritosh to not bother Kinjal and gives them love advice.

They leave after which Kinjal and Paritosh also leave to work while Samar gets happy to have the house alone.

Samar dances around the house but gets bored after a while and calls Nandini.

Samar calls Hasmukh's phone and informs the family that Vanraj forgot his phone at home to which Vanraj responds to switch it off as to not create any disturbance.

Later, in the car, the "Hame Tumse Pyaar Kitna" song plays while Vanraj and Anupama remember that it is the dong he sang for her at the wedding.