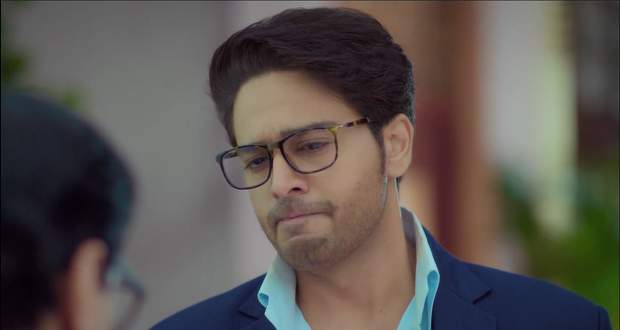 They both are really irked by Pakhi’s attitude as she still stands still and doesn’t feel apologetic.

Kinjal says to Pakhi that in every tough phase of life she will remember Anupama not Adhik or Barkha who she feels are her well wishers.

However, Anupama being a mother would still forgive Pakhi, but Kavya suggests her to have some shame and apologize to Anupama.

Or else she might lose her forever because of her baseless anger and attitude.

Anupama, Anu and Anuj spend some quality time and click pictures together and have fun.

Back at the Shah house, Pakhi goes to her room and starts crying.

She feels guilty, thinking about what all limits she has exceeded today, proving that she is a pathetic daughter.

Kavya tells Vanraj that she actually loves him and all his family members too.

But she tells him that no matter what Anupama would do for this house, he is not going to value it.

She also says that Anupama is just like a doormat for them.

She clearly tells everyone that she is not going to tolerate any more taunts from the family and would live her life the way she wants to live it.

Giving them all a warning that she is Kavya and not Anupama and will not tolerate any disrespect.

Kinjal and Kavya both pray for Anupama’s happiness and say may “Kanha Ji” protect her from evil.

This side of Kavya leaves everyone in a state of shock.

Pakhi sobs and tells how no matter how angry a child is from their mother but would always remember her in pain.

Anupama tells how hurtful it is for a mother to take and absorb what all has happened but still she is always going to be her little and lovely daughter for her.

Pakhi tries to hug Anupama and realizes that it was all her imagination.

Meanwhile, Anupama is sad to remember Shah’s behavior and Anuj tells her that he would not let her go there ever again.

He apologizes for taking a decision for her but still asks her to take the final call.

Anupama agrees to his decision.

Sarah tells how Anupama is her idol to Anu and how happy she is.

Back at the Shah house Pakhi tells Vanraj how wrong she was and exceeded all her limits.

Vanraj tells her to live with the fact that Anupama and their lives are completely different.

Pakhi wants to apologize to Anupama and amend things right but Vanraj refuses.