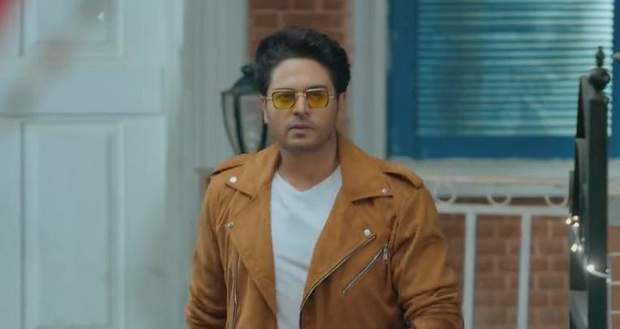 Today's Anupama 4th May 2022 episode starts with Leela stopping Anupama from going on a date with Anuj by saying that dates are not meant for her age.

Anupama tells Leela that feeling love is validated at any age and advises Leela to spend time with Hasmukh by going on a date.

As Anupama leaves, Kanta appears and informs Leela that she stayed there for the night, making her surprised.

Anupama checks on Kinjal’s health and requests her to help her in grooming herself as she has a date with Anuj.

Hearing Anupama, Kinjal squeals in excitement and assures Anupama that she will doll her up prettily, Toshu also agrees with Kinjal.

Meanwhile, as Leela, Vanraj, and Kavya eat their breakfast, Kavya tells them how lucky Anupama is to have a man like Anuj.

Directing her words at Vanraj, Kavya tells him that Anuj knows how to make women feel special and is not like him who always demands labor from his wife.

Vanraj gets irked upon listening to Kavya but she insists on spending time together with Vanraj occasionally.

Just then, a honking sound interrupts the silence of the house making Vanraj come to the door to inquire about the source.

Vanraj spots Anuj on a bike, dressed up handsomely as he waits for Anupama to come out for their date.

As Anuj spots Anupama, his expression freezes with his eyes locked on Anupama who is looking magnificent in a red salwar.

Anuj compliments Anupama’s look and steps out with her after bidding farewell to Samar and others but gets stopped by Vanraj.

Vanraj asks Anuj if he can talk with him for a minute but gets dismissed by Anupama as she tells him to talk with Anuj after they come back.

Anuj and Anupama leave on Anuj’s bike with Anupama holding onto Anuj’s shoulder which he shifts to his waist.

Speeding up their journey, Anuj and Anupama enjoy the fresh air as they nuzzle with each other comfortably.

Anuj takes Anupama to their college which sparks a flare of surprise and excitement in Anupama.

Remembering their memories of the past, Anuj tells Anupama they are here to revisit the place where their story started 27 years ago.