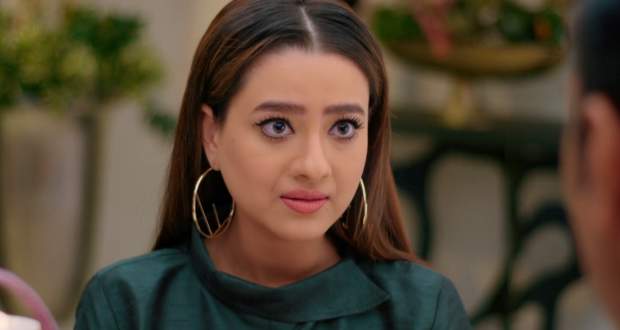 Today's Anupama 5 December 2020 episode starts with Nandini mocking Kavya for trusting Vanraj. She points out that Vanraj used to speak lie to his family and now he is lying to her.

Vanraj says goodbye to Baa and mocks Anupama about receiving love at his home. He threatens to steal away all the relations.

Anupama is confident about being right and she threatens him from losing all of his relationships. Later, Vanraj returns Kavya’s home and lies about clients.

Kavya confronts him about lying to her while Vanraj tries to prove his innocence. Kavya is upset about Vanraj lying to her.

Samar says that Nandini doesn’t love him and has not responded. Anupama states that friendship is the key to every relationship and he has that with Nandini.

Nandini comes there and shares an awkward moment with Samar. Meanwhile, Vanraj finds Kavya talking to a boy in the park and feels jealous.

He gets mad at Kavya for talking to a guy while Kavya states that she can talk to anyone and come to the park to do Yoga anytime as it is her life.

Anupama witnesses the scene and they share an awkward moment. Later, Pakhi wishes to do a course that is expensive.