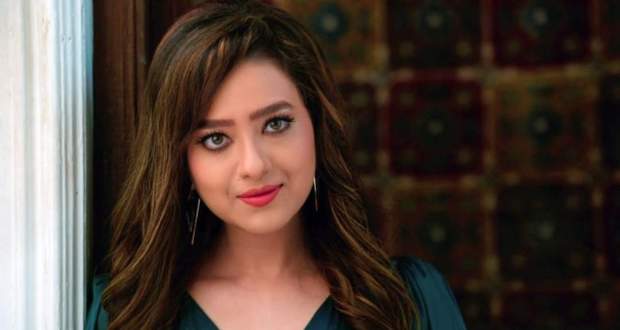 Samar and Kinjal help her sit and try to pacify her while Leela berates them for supporting Anupama.

Anupama has a breakdown while Samar consoles her by saying that Vanraj is doing it because he is frustrated seeing the divorce papers.

Samar tells Anupama to give a befitting reply to Vanraj while Paritosh gets into a fight with him telling him to not provoke Anupama.

Hansraj stops their physical fight and everyone goes their different ways while Anupama sots shocked.

Vanraj retells the incident to Kavya and she tries to provoke him against Anupama by saying that she might trouble his family.

However, Vanraj says that she would never stoop low as to trouble the family.

Kavya still talks ill about Anupama when suddenly Samar shots from the doorstep to not speak badly about his mother.

Paritosh and Kinjal argue in the room where he blames Anuoama for everything while Anupama hears them from outside. At the same time, Leela also berates Anupama saying she is the reason their house is shattered and everyone is fighting.

Elsewhere, Vanraj confronts Samar who argues with him amd insults him while Kavya provokes Vanraj saying that Anupama sent his sons to fight with him.

Mamaji console a crying Anuoama and tells her that he knows that it is not her fault.

Anu tells him she is worried for Samar as he stormed out in anger while Kavya provokes Samar to hit her saying Anupama told him to do this.

However, Samar throws the nearby things down and leaves while Kavya tries to provoke Vanraj who tells her that she is the one who provoked him and locks himself in his room.

Kavyabtells him to take action and warns him that if he doesn't take any action then she and will be bad for him and his family after which she calls the police and files a complaint against Samar.