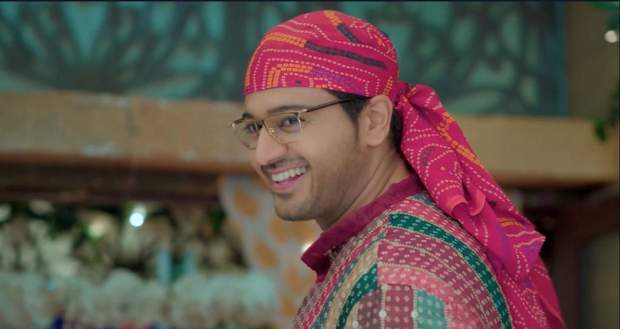 Today's Anupama 5th July 2022 episode starts with Adhik and Pakhi facing a myriad of questions from the family members.

Baa calls the affair scandalous, and Pakhi calls her out for making it sound cheap.

Vanraj angrily responds that relations like Pakhi and Adhik’s are not accepted by society.

Pakhi retaliates by saying, if extramarital affairs and a family situation like theirs can be accepted by society, then her friendship with Adhik should be acceptable too.

She adds that having a friend or a boyfriend is normal nowadays and says that Toshu himself got married by eloping; meanwhile, Samar’s love story was wholeheartedly supported by their mother.

Pakhi vehemently declares her liking for Adhik, and Adhik responds by saying he feels the same way.

Anuj chimes in and say that they are adults, so it is normal to have feelings, but instead of shouting and belittling them, they should provide their tender relationship with direction and guidance.

He further adds that they should let them meet under adult supervision as prohibiting them will only lead to the kids resorting to secret ways.

Vanraj doesn’t pay to heed any of the advice and declares that from now on, Adhik will not even come close to Pakhi.

Pakhi daringly responds that Vanraj cannot stop her and warns the family members that she will not back down as she isn’t doing anything wrong and goes to stand next to Adhik.

Anupama tries to curb the tense situation. Adding fuel to the fire, Rakhi tells Barkha that this is the typical behavior of Shahs.

Anupama orders Pakhi to go to her room and tells her that she does not even know Adhik well.

Pakhi responds that it is her age for a relationship, unlike her parents, who got married again at fifty years of age.

Anupama tells her that she gave priority to building her own identity alongside her love life and asks Pakhi to figure out what she wants to do with her life and career.

Pakhi calls out both of her parents for being hypocrites.

Vanraj asks the Kapadias to leave, warns Adhik never to make contact with Pakhi again, and continues to insult the Kapadias.

He calls Anuj a henpecked husband and asks him to leave his house.

Anuj responds that it is not Vanraj’s house but his father’s.

In the meantime, Barkha reaches the Kapadia house and calls out Adhik for liking Pakhi.

Anuj asks Adhik to narrate the actual events of what happened when Vanraj caught them. He declares his genuine connection to Pakhi.

Meanwhile, over at the Shah house, a distraught Anupama is consoled by Samar.

© Copyright tellybest.com, 2022, 2023. All Rights Reserved. Unauthorized use and/or duplication of any material from tellybest.com without written permission is strictly prohibited.
Cached Saved on: Tuesday 22nd of November 2022 08:01:41 AMCached Disp on: Saturday 3rd of December 2022 02:25:03 PM