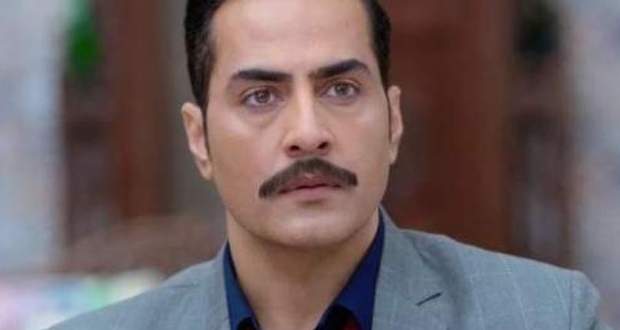 Today's Anupama (अनुपमा) 5 March 2021 episode starts with Vanraj and Anupama talking about the elders staying back at grandmother's house while Vanraj tells her to talk and teases her.

Meanwhile, Paritosh and Kinjal meet up for their days while he suggests going home but she declines.

Nandini thanks Samar for teaching her how to love again while he says that he's happy cause his first love is not one-sided.

Kavya shut the main floor and calls security after which she tries to call Vanraj but fails.

Samar plans a surprise for Nandini and dances with her on 'Mere Rang Mein Rangne Wali'.

Vanraj tells Anupama to talk about children while she starts talking about Samar.

Vanraj reveals that he scolds Samar because he fears that Samar might get distracted while Anupama wonders what would happen if he found out about Samar's love interest.

Later, Samar surprises Nandini with the house fully decorated and tries to get close to her while suddenly Vanraj shouts at them.

Vanraj gets furious with Samar and demands him to break his relationship with Nandini as she is Kavya's niece which sparks an argument between the two.

Anupama takes a stand for Samar while Vanraj refuses to accept Samar and Nandini.

Anupama sends Kavya to her home and tries to tell Vanraj that they should support their children instead of judging them.

She says that she accepts Nandini while Vanraj holds his ground.

Upcoming Anupama episode update: Kavya gets threatened by her stalker.

© Copyright tellybest.com, 2020, 2021. All Rights Reserved. Unauthorized use and/or duplication of any material from tellybest.com without written permission is strictly prohibited.
Cached Saved on: Wednesday 28th of April 2021 11:23:41 PMCached Disp on: Thursday 6th of May 2021 06:23:46 AM