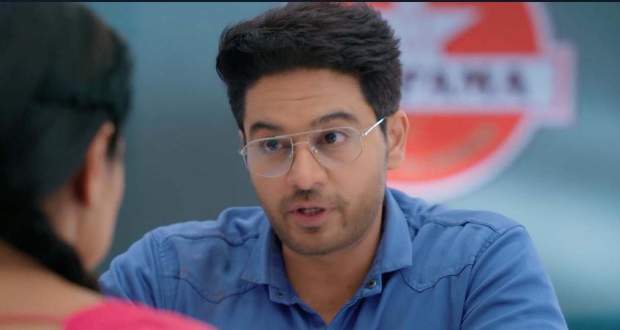 Today's Anupama 6th April 2022 episode starts with Toshu walking away into the house and Anupama asking Anuj to leave for his house.

Anuj tries to stay beside Anupama but Anupama sends her back as the family members will insult him if he enters the house.

As Toshu enters, Vanraj asks about him bringing his friend and gets dejected on hearing about his fight with him.

Vanraj disagrees with Paritosh’s decision to fight with Yash, who may have helped them out in some way.

Amid this discussion, Malvika appears suddenly and comes to greet all the family members.

Throwing out three envelopes, Malvika gives out the salary of Vanraj, Paritosh, and Kavya; and announces that she is firing the three of them from her company.

Vanraj disrupts in shock and asks Malvika about her sudden change of mind as it was decided to give a month to them.

Malvika announces that their behavior towards Anupama and Anuj made her change her mind and come to this decision.

Pointing her finger at Leela, Malvika tells her that her curse on Anupama came back to her instead of affecting the marriage.

Vanraj shouts at Malvika to get out of the house which Malvika gladly follows, she rushes to Anupama for a hug on seeing her.

Coming out of the house, Malvika congratulates Anupama and calls her “Bhabhi” from a reasonable point of view.

After Malvika apologizes to Anupama for her past mistakes, she dances around Anupama shouting about MaAn’s marriage which irks up Vanraj and others.

Malvika directs her taunts toward Vanraj, Leela, and others while she enjoys her reunion with Anupama, Hasmukh, Samar, and Jignesh.

On the other hand, Anuj worries about the breaking of the marriage due to the negative influence of the Shah family.

Later, Malvika arrives at GK’s house and gets reunited with Anuj and GK, beaming with happiness.

Anupama suggests that Vanraj correct his personality so that he can succeed in his life after doing the hard work.