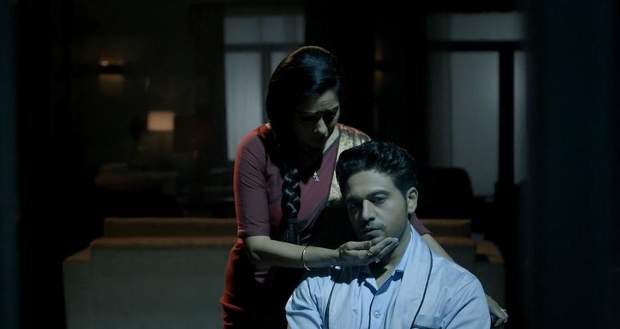 Today's Anupama 6th August 2022 episode starts with Samar thanking Anuj and they have a very sweet conversation while Anuj tells him to be happy.

Vanraj, Toshu, and Baa tell Pakhi that going to the Kapadias is going to be a bigger mistake than she committed before by insulting Anupama.

Anu waits for the Shahs to come and apologizes to Anupama and Anuj for calling Shahs without their permission.

To everyone’s surprise, Baapu Ji, Kavya, Kinjal, Dolly, and Jignesh pay a visit to the Kapadia on the auspicious occasion of Raksha Bandhan to celebrate it together.

Whereas, Ankush and Barkha mock the family and feel dejected.

Anuj and Anupama is shocked to see Pakhi while the others too didn't expect it.

Back at the Shah house, Baa and Vanraj quarrel over Pakhi going to the Kapadia mansion.

Anupama is triggered to see Pakhi and asks her why she has come to the same mother’s house she insulted.

Anu requests Anupama to let Pakhi in and Anupama lets Pakhi in.

Pakhi thanks Anupama for letting her inside and also for forgiving her but Anupama tells her that she didn’t forgive her.

Anupama vents out her frustration and tells her how disappointed she is with Pakhi.

She tells Pakhi that no matter how good the upbringing is but the kid will become whatever they wish to be like.

Hurt by Pakhi’s words, Anupama tells Pakhi that their relationship is over.

Anupama also tells her that Anu is more understanding and sensible being a kid than Pakhi is.

Meanwhile, Anupama requests everyone to celebrate this day with full enjoyment and the same passion.

Adhik is happy to see Pakhi and they make eye contact with each other.

While Vanraj feels neglected by his children and family as they celebrate the festivities with the Kapdias.

Anupama is overjoyed to see her brother.

The Kapadia and Shahs celebrate Raksha Bandhan by tieing Rakhi to their brothers respectively.

In the Shah House, Vanraj feels lonely but imagines all his family members dancing and enjoying themselves.

He feels Anuj and Anupama snatched away all his family by pretending to be good and jinxes both of them.

Barkha tells Ankush to think of a father before being a brother.

When the Shahs return to their house, Vanraj creates a scene where they neglected him and Baa ad were shamelessly enjoying the Kapadias.

He tastes the delicious sweets prepared by Anupama and enjoys it while everyone is shocked to see him react as such.

© Copyright tellybest.com, 2020, 2021. All Rights Reserved. Unauthorized use and/or duplication of any material from tellybest.com without written permission is strictly prohibited.
Cached Saved on: Sunday 7th of August 2022 12:08:10 AMCached Disp on: Monday 15th of August 2022 08:01:11 AM