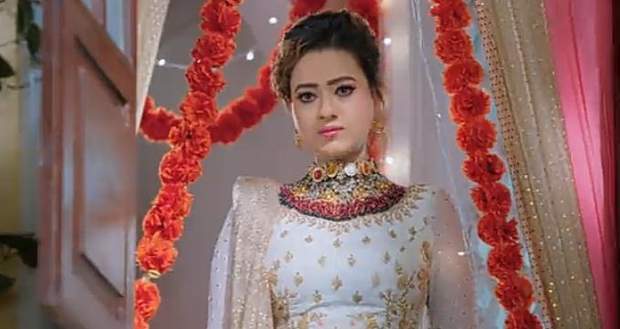 Today's Anupama 6 December 2021 episode starts with Vanraj telling that marriage is all about trust and loyalty but Kavya has broken both of them.

However, Kavya accuses that Vanraj spent 25 years with Anupama despite all fights and misunderstandings so why not with her.

Vanraj responds that he married Anumpama but in Kavya’s case he loved her but that love broke when she mistreated his family and the kids.

He further says that between Anupama and him, they had respect for each other but with Kavya, he has neither respect nor love.

Kavya crumbles the divorce paper and announces that she will not give divorce no matter what.

Vanraj leaves and Kavya warns Anupama that she will take revenge on her for what she did.

Anuj leaves with Kaka and tells Anupama to inform him if she needs him.

Leela says that whatever is happening, is for the good and Kavya deserves all of this. But Anupama defends Kavya.

Anupama explains that although what Kavya did was very wrong but she later understood and tried to correct her mistake.

Meanwhile, Kavya sticks her and Vanraj’s pictures together in their room and tells herself that she can’t lose him.

On the other hand, Dolly asks Anupama to talk with Vanraj, Anupama tries to deny but Dolly convinces her telling that whatever happens in this family will affect her too.

At the same time, Vanraj enters the room and Kavya begs to forgive her.

Vanraj tears off the pictures on the walls and leaves despite Kavya begging him.

On his way out, he sees Anupama standing but ignores her and leaves.

© Copyright tellybest.com, 2020, 2021. All Rights Reserved. Unauthorized use and/or duplication of any material from tellybest.com without written permission is strictly prohibited.
Cached Saved on: Wednesday 19th of January 2022 02:21:56 PM