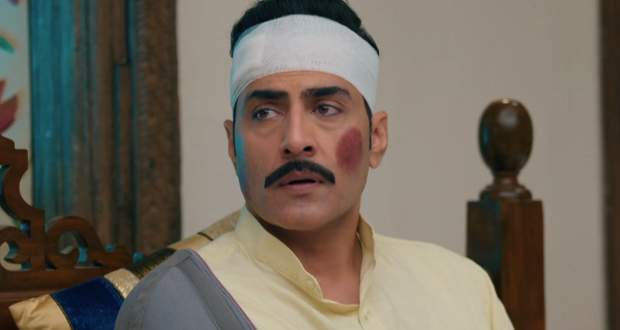 Today's Anupama 6 January 2021 episode starts with Anupama trying to avoid Bapuji talking about Vanraj. Meanwhile, Kavya is adamant to bring Vanraj back into her life.

Varanj feels relieved to be back home while Kavya fears losing him. Vanraj disconnects Kavya’s call while she thinks it is done by Anupama.

Kavya calls Anupama and wishes to talk to Vanraj. Baa snatches the phone from Anupama and asks Kavya to not call again.

She rebukes Anupama for thinking of letting Kavya and Vanraj talk. Later, Samar goes to get medicine for Vanraj while Baa wants Anupama to leave dance classes for a few days.

Anupama is ready to nurse Vanraj but refuses to leave dance classes. She asks Baa to not have too many expectations from her.

Vanraj receives a call from Kavya and rebukes her for trying to contact him. He doesn’t listen to her and disconnects the call.

Anupama is forced to take soup in Vanraj’s room and she recalls her wedding day memories. She witnesses Kavya talking to Vanraj and panics.

Vanraj accidentally drops his phone and is about to fall when Anupama catches him and makes him sit properly.

Kavya witnesses the scene and gets disturbed while Anupama yells at Samar for being later. Samar apologizes and feels Anupama’s pain.

Anupama explains about medicines to Vanraj while he apologizes to her.

Upcoming Anupama episode update: Anupama declares she doesn’t have any relationship with Vanraj.