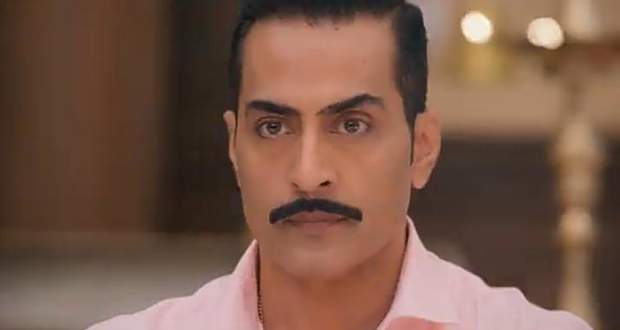 Today's Anupama 6 October 2021 episode starts with GK and Hasmukh holding back Anuj and Vanraj while Vanraj tells him that he does not care about Anupama but the family is his and tells him to not interfere in his family.

Further, Vanraj burns the offer letter along with a picture of the family and leaves telling Anuj that he can have an open affair with Anupama but that his family should not be troubled.

At Shah's house, Kavya scolds Vanraj and reminds him that Anuj has given a load for the cafe and that they could be in trouble for going against Anuj while Leela says that Vanraj did nothing wrong.

Meanwhile, Anuj finds Anupama in the basement and sees her crying while she apologizes to him for bringing shame to him and GK.

However, Anuj comforts her and advises her to leave that house as she shouldn't be insulted by anyone especially her ex-husband while apologizing to her for talking about her personal life.

She asks her if she is happy by being in that house and getting insulted daily while saying that one cannot fly without removing the chains.

He gives her a handkerchief and leaves from there but starts punching a sack after recalling Vanraj's insults.

Elsewhere, Hasmukh apologizes to GK and Bhavesh while they both say that they will never forget or forgive what Vanraj did.

Anupama recalls the times Vanraj insulted her and Anuj and stands up while Vanraj tears his shirt and throws it in the dustbin.

© Copyright tellybest.com, 2020, 2021. All Rights Reserved. Unauthorized use and/or duplication of any material from tellybest.com without written permission is strictly prohibited.
Cached Saved on: Thursday 2nd of December 2021 12:22:51 PMCached Disp on: Monday 6th of December 2021 07:19:59 AM