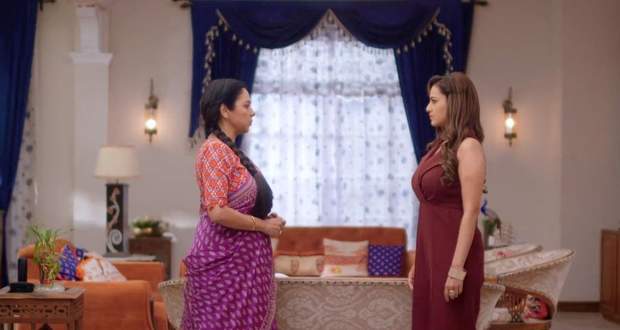 Today's Anupama 7 December 2020 episode starts with Vanraj and Kavya getting into a heated argument. Both of them get insecure and share their insecurities with each other.

Pakhi tells everyone that she has asked for money for her course from Vanraj. Baapu Ji asks Pakhi to consult her mother before taking any decision.

Vanraj transfers the amount to Anupama’s bank account, while Kavya gets angry when she sees Anupama’s message on Vanraj’s phone.

Later, she stops Anupama on her way, while Anupamaa asks her to not to create any scene on the road. She asks Kavya to come to the Shah house to talk to her.

Kavya confronts Anupama and asks her to accept her affair with Vanraj. She taunts Anupamaa for asking for money from Vanraj and for trying to manipulate him.

Baa makes Vanraj hear everything on the phone call and he rushes to handle the situation at the Shah house.

Baa gets into an argument with Kavya and taunts her for ruining Vanraj’s life. Anupama asks both of them to calm down but Kavya doesn’t listen to her.

Anupama makes it clear that Vanraj’s relation with his children and parents will never change.

© Copyright tellybest.com, 2020, 2021. All Rights Reserved. Unauthorized use and/or duplication of any material from tellybest.com without written permission is strictly prohibited.
Cached Saved on: Thursday 21st of January 2021 03:14:57 AMCached Disp on: Friday 22nd of January 2021 12:08:27 AM