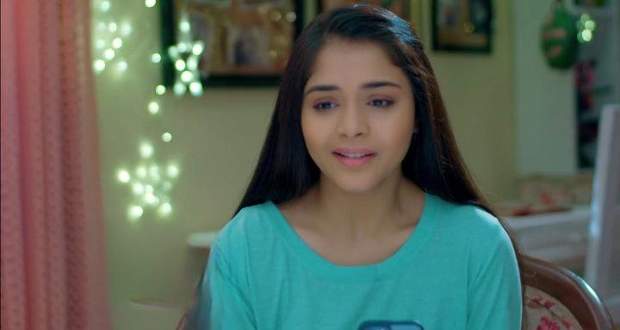 Today's Anupama 7th July 2022 episode starts with Anupama and Anuj sitting at a tea stall while he tells her that when it comes to her kids, he does not think he should interfere in the matter.

Anupama knows that in today’s generation, one cannot restrict their children too much, and says that parents are also at fault for this.

Anuj tells her to talk to Adhik directly and says that it would be easier to handle the kids than dealing with Vanraj.

Meanwhile, Vanraj enters Pakhi’s room while she is sleeping and apologises to her while resting his hand on her forehead.

Saying that he is trying to provide her with the best education, he is adamant about not letting Pakhi have any relations with the Kapadia house.

As Samar hands over a cup of tea to Vanraj, he looks disappointed in his father and says Vanraj has gotten back to his old ways.

Meanwhile, Anupama goes to talk to Adhik and asks her what he really feels about Pakhi, but Barkha interrupts in between and says that she has already told him to not meet Pakhi from now on.

Anupama tells him to always think about his family and their reputation before taking a step like this.

She makes him understand that he has the opportunity to make his career right now and he should not get distracted from that path.

Being friends is okay, but she tells Adhik to take it slow and talk to Pakhi about all of this.

Adhik is happy that someone of Anupama’s age understands her and he hugs her, seeing that Barkha gets worried.

Adhik calls Pakhi up and tells her that they need to talk about something, but Pakhi starts worrying about them and tells him that she wants to meet him again in the future.

She proposes the idea of meeting again without disclosing it to their family members.

While Pakhi is hiding in the bathroom to talk to him, Leela wakes up and starts wondering where she is, and starts looking for her.