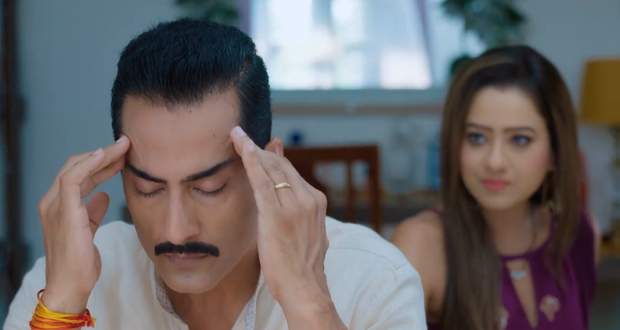 Today's Anupama 7 June 2021 episode starts with Rakhi advising Kinjal and asking her to stand with Kavya as it will be good for her in the future.

Kinjal sternly refuses to agree with Rakhi and tells her to stay away from her matters.

Meanwhile, in the hospital, Vanraj donates his blood for Anupama's surgery.

After some time, Kavya comes to the hospital and gets furious on learning that Vanraj has volunteered and donated his blood.

Samar informs about the success to Paritosh and everyone at home becomes happy.

Later, Kavya prepares a sweet dish as a post-marriage ritual and requests Hasmukh to eat it.

But, Leela interrupts in between which makes Kavya upset and she asks them every time she tries to do something good why they all start taunting her.

Meanwhile, everyone at home starts preparing for a celebration as they get the news about Anupama's successful surgery.

But, Anupama's health starts deteriorating again and she stops breathing.

Samar and Vanraj get shocked on seeing that Anupama has stopped breathing.

© Copyright tellybest.com, 2020, 2021. All Rights Reserved. Unauthorized use and/or duplication of any material from tellybest.com without written permission is strictly prohibited.
Cached Saved on: Wednesday 9th of June 2021 10:48:24 PMCached Disp on: Saturday 19th of June 2021 12:16:40 PM