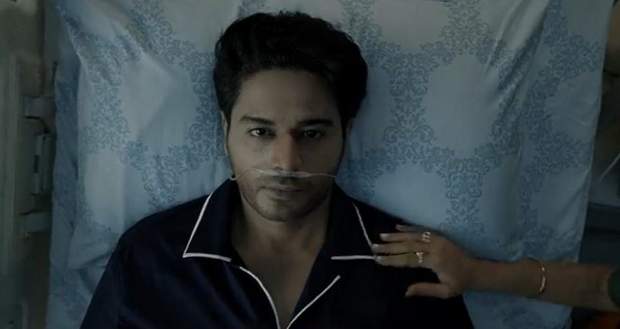 Today's Anupama 8th August 2022 episode starts with Anupama thanking Anuj for being so understanding and they both feel blessed to have Anu as their daughter as only because of her both the families were able to celebrate Raksha Bandhan together.

At the Shah house, Vanraj taunts the family members as he was neglected by them.

Bappu Ji questions Vanraj why seeing his family enjoying the festival made him so upset.

While Anupama and Anuj discuss Anu’s future, both of them express how they wish to see a combination of them in their daughter, no matter what she wants to be.

Back at the Shah house, Bappu Ji and Vanraj get into a heated argument and Bappu Ji tells him not to enforce his decisions on everyone.

He also tells how everyone will also be going tomorrow to the Kapadia house for a veneration that has especially been kept for Anu and Kinjal.

Vanraj expresses his disappointment to Kavya and how Anuj Kapadia is his problem.

He could have been a great and successful businessman with a happy family but because of Anuj Kapadia, he isn’t.

In anger, he also says he might do anything if he sees Anuj Kapadia.

Baa tries to calm down Vanraj and he assures her that tomorrow everything will be changed.

Anupama feels it was a good decision to not reveal the decision to Barkha and Ankush. However, Anuj tells her that he is going to do it after the veneration tomorrow.

Baapu Ji and Baa express their sufferings because of Vanraj while Anuj tells Anupama to take a step back from being there for Shahs and his brother and sister-in-law.

On the other hand, a furious Vanraj decides to bring a drastic change in everyone’s life, leaving Kavya worried.

Vanraj texts Anuj that he wishes to see him after the veneration while Anuj wonders why.

Anuj’s black thread tied on his ankle to protect him from evil unties, depicting a bad omen.

The next morning, Ankush feels it’s his responsibility to give Sarah a secure future.

Meanwhile, Anuj, Anu, and Anupama capture every good moment and Anuj say that he has planned a long weekend trip for both of them to Europe.

Anuj admires Anupama looking gorgeous in a red outfit as he asked her to wear it for the veneration.

Both of them share a dance and Anuj ties a Gajra to Anupama and they both express their love for each other.

Later, the Shahs and Kapadias reach the temple, Anupama hesitates before stepping out but Anuj calms her down.

At the temple, everyone cheers up and proceeds with the veneration where Vanraj looks at them from a corner with a furious state of mind.

As the veneration continues, the Diya was about to extinguish however, Pakhi and Anu save it, depicting a bad omen.

Anuj tells Anupama that he is going to meet Vanraj while she refuses him but she is quite hesitant to watch him go.

Anuj takes a look at smiling Anu and leaves.

© Copyright tellybest.com, 2020, 2021. All Rights Reserved. Unauthorized use and/or duplication of any material from tellybest.com without written permission is strictly prohibited.
Cached Saved on: Monday 8th of August 2022 08:50:42 AMCached Disp on: Sunday 14th of August 2022 11:59:30 AM