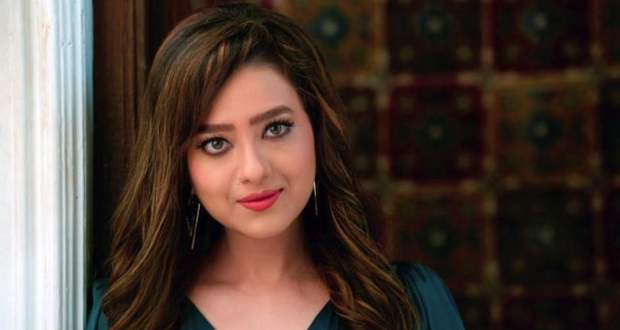 Today's Anupama 8 February 2021 episode starts with Anupama reaching police station and telling the Inspector that she wants to file a complaint against her husband and his girlfriend, Vanraj Shah and Kavya Gandhi which shocks everyone.

The Inspector is about to file the complaint when Kavya comes there with Vanraj and says that she wants to take back her complaint which angers the Inspector and he berates her.

Anupama makes Kavya apologises to Samar after which she warns them to never anger a mother and takes Samar home with her.

They reach home and Anupama goes into the kitchen while Samar tries to apologise to her.

Vanraj warns Kavya that she will face his wrath if she goes against his kids while Anupama scolds Samar and tells everyone that she is tired of the drama.

Next day, the security guard tells Anupama that her cooking class has been shifted to another room due to leakage in the main room.

Elsewhere, Anupama denies working with a gas stove around the kids due to danger but the Administrator convinces her to work for one day.

The kids gets into a fight during the class when Anupama goes to break up the fight.