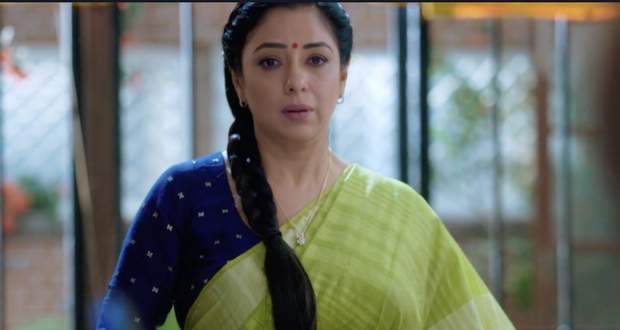 Today's Anupama 8 July 2021 episode starts with Anupama giving the good news to Leela and Hasmukh that her dance academy has started.

Everyone gets overjoyed knowing that Anupama is achieving success day by day.

On the other hand, Vanraj and Kavya both lose their jobs.

Vanraj tries to hide his pain but gets caught and later he tells his family members the reason why he had to leave his job.

Further, Kavya requests Kinjal not to tell about her job to anyone at home.

As soon as, Kavya learns about Vanraj having no job again she taunts him for his failure.

Later, Rakhi comes into the conversation and humiliates Kavya.

Rakhi reveals to everyone that Kavya has been fired from her job for her mistake due to which Kinjal's promotion is stopped.

Kavya feels insulted in front of all and puts the entire blame on Anupama for getting fired from her job.

© Copyright tellybest.com, 2020, 2021. All Rights Reserved. Unauthorized use and/or duplication of any material from tellybest.com without written permission is strictly prohibited.
Cached Saved on: Thursday 27th of January 2022 02:24:10 PM