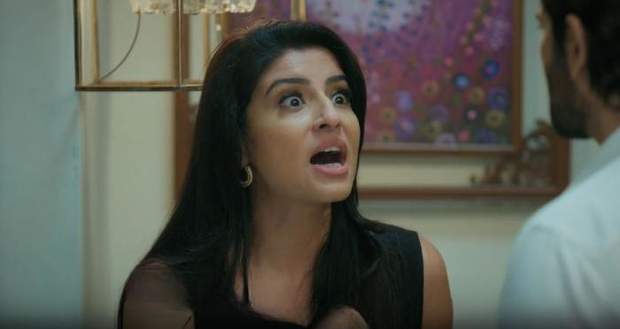 Today's Anupama 8th June 2022 episode starts with Anupama looking lovingly at Anuj after he comes from jogging while Barkha arrives in the kitchen.

Barkha informs Anupama that she doesn't eat Gujarati food while Anupama says she has made pancakes for her and needs not worry.

Further, Sara (Barkha's daughter) and Adhik (Barkha's brother) arrive at the Kapadia house while Anupama welcomes them with an Arti.

On the other hand, the Shahs make preparations to welcome Anupama while Vanraj takes a gift box out of a bag.

Meanwhile, Barkha talks about throwing a high-class brunch for Anuj and Anupama to show the world that Anuj has arrived back in the business world.

Meanwhile, Anuj refuses to join the party as the same day is Anupama's Pag Phera ceremony.

Barkha feels bad after Anuj's refusal and asks the reason behind it.

Anuj informs that in India they give more importance to the rituals rather than the parties.

Later, Anuj informs Barkha and Ankush that Anuj has nothing to do with the business world because Anupama is the new owner of the Kapadia empire.

On hearing this Barkha rushes into her room and makes a plan to involve her brother Adhik to use him as the new successor of the Kapadia business.

Meanwhile, Leela handles the responsibility of the Shah house after Anupama has left and Kavya is going to leave soon.

Meanwhile, Barkha gets worried about Anupama and her kids that will be a part of Anuj's business.

Barkha wants to get a share of her daughter and brother.

Meanwhile, Anupama talks to Anuj that she wants to get recognized for her achievements and not just be Mrs. Kapadia and sign checks.