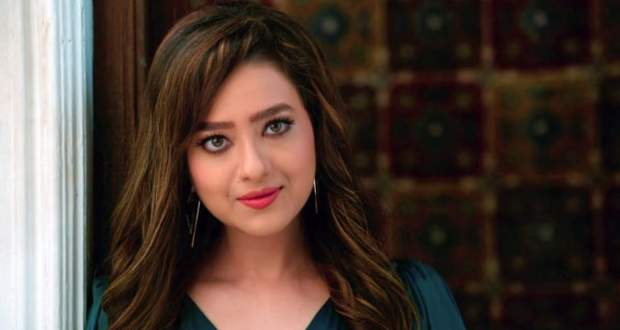 Today's Anupama 8 March 2021 episode starts with Vanraj returning to his home and thinks of informing Kavya that he has returned but goes stops thinking that she may have gone to sleep.

In the morning, Vanraj dials Kavya's phone and runs out of the house while Anupama sits in the car with him.

Anupama goes inside to see Kinjal in a dishevelled state while looking distant.

Paritosh switches on Vanraj's phone and see's Kavya's message to help her which stuns him.

He tells Kinjal and Samar about it while the family overhears him.

Kavya is unresponsive while Vanraj shakes her and hugs her as she starts crying.

She says that a man was troubling for many days and that he managed to get inside her apartment amd tried to molest her.

She says that he said that she is available to everyone just because she is single which shocks both Vanraj and Anupama.

She says that she tried to fight the stalker but got scared and fell unconscious and woke up in the morning.

The family talks about Kavya while Anupama and Vanraj bring her home.

Vanraj wounds while telling her that they will visit the doctor and will them go to the police station to file a complaint.

Anupama goes to check on the doctor while Vanraj apologies to Kavya for not being there for him.

Kavya pleads with him to let her stay with him while revealing that she gave her house to Anirudh in exchange for a divorce.

Samar asks Kinjal if she should inform Nandini and she agrees while Paritosh comes there and tells him that he is just finding a reason to meet Nandani.

Samar says that he is worried about Kavya and wants to bring Nandani as she is Kavya's family.

He tells him to not contact Nandani and goes while Kinjal tells Samar to wait for some time before informing Nandani.

Leela wonders out loud if it is another one of Kavya's traps while Anupama overhears her.