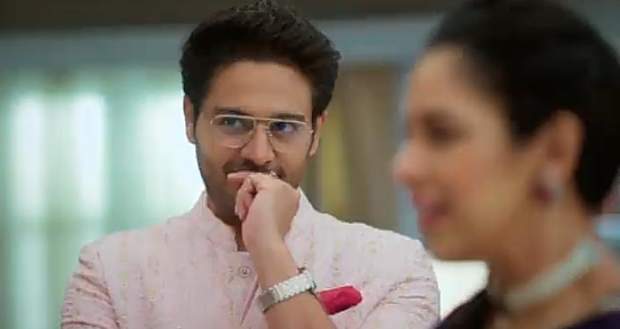 Today's Anupama 8 November 2021 episode starts with Vanraj lashing out at Kavya and Leela as he regrets being impolite with Dolly.

Meanwhile, Anupama, Anuj, and Shahs enjoy their game time. Kinjal is happy to see Anupama and Anuj together.

During the celebrations, Paritosh losses his mind crashes the party and strikes on Anuj and Anupama's bonding.

Anupama and Anuj try to be calm as Paritosh misbehaves with Anupama. Kinjal is disgusted by Paritosh’s behavior and mindset.

Anuj loses his temper and tries putting an end to Paritosh’s anger.

However, Paritosh seems unstoppable and continues insulting Anupama and Anuj.

Later, Samar and Nandini discuss about Anupama and Anuj.

Samar hopes they both end up together regardless of age or marital status.