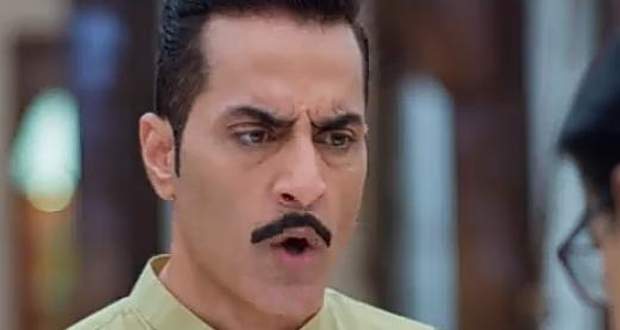 Today's Anupama 8 October 2021 episode starts with Anupama taking her to leave when she notices that Anuj is having a headache and scolds him for not eating and taking medicines.

She makes him drink chocolate milk and she leaves while he feels happy seeing her back to her normal self.

At night, Vanraj imagines Anupama questioning him why he feels bothered if she is friends with Anuj and why he doesn't allow the family to celebrate in her happiness.

However, in reality, Anupama enters home and talks to Anuj on the call regarding a meeting which makes Vanraj jealous.

Later, Anupama is cooking and talking to Nandini and Kinjal regarding finding women for her restaurant when Leela comes there and taunts her.

Just then, they overhear Kavya and Vanraj fighting and her scolding him saying that he is focusing more on Anuj and Anupama than his cafe.

Leela taunts Anupama that she should break relations which creates hindrance in other relations.

Anuj gets an email and then calls Anupama while Anupama gets tensed after the phone call.

The next morning, Vanraj learns that Samar is going to Delhi and gets angry at him for not informing earlier while Leela taunts him to not worry since Anuj is sending them to Delhi.

© Copyright tellybest.com, 2020, 2021. All Rights Reserved. Unauthorized use and/or duplication of any material from tellybest.com without written permission is strictly prohibited.
Cached Saved on: Wednesday 13th of October 2021 09:19:04 AMCached Disp on: Thursday 21st of October 2021 07:20:35 PM