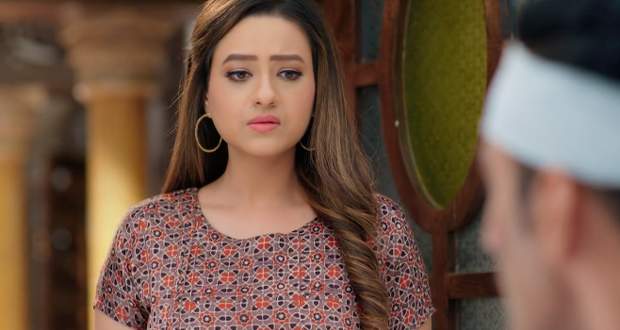 Today's Anupama 9 January 2021 episode starts with Anupama stopping Kinjal from leaving the house. She asks her to not give on other relationships for one failed relationship.

Anupama doesn’t want to give punishment to Vanraj while he is in a terrible condition. Kinjal understands Anupama’s point and wishes to make tea.

Vanraj apologizes to Kinjal for causing trouble on their wedding day. Rakhi comes at the same time and mocks him for being back.

Kinjal tries to stop her while Baa rebukes her for her words. Baa blames Rakhi for everything while Rakhi blames her for giving birth to a son like Vanraj.

Baa and Rakhi argue while Baa wishes to beat Rakhi with her broom. Baa further takes Kavya’s name and Anupama gets shocked to see Kavya on their doorstep.

They recall their last meeting and Rakhi is delighted to see Kavya. Anupama doesn’t want drama in her house and rebukes both Kavya and Rakhi.

Vanraj doesn’t want Kavya’s presence while she tries to meet him. However, Baa blocks her path but Kavya is adamant to talk to him.

She tries to tell about Vanraj’s job while Vanraj stops her and wishes to talk to her in private.

Kinjal opposes them going in the room while Anupama states they are not going alone in a room for the first time.

Anupama expresses her frustration in front of Kinjal and states that she just wants peace in her house.

Kavya apologizes to Vanraj and wants him to say something. She tries to console him while Vanraj asks her to leave as he is sick of fighting.

Upcoming Anupama episode update: Vanraj wishes to think for a while before returning to Kavya’s place.

© Copyright tellybest.com, 2020, 2021. All Rights Reserved. Unauthorized use and/or duplication of any material from tellybest.com without written permission is strictly prohibited.
Cached Saved on: Sunday 24th of January 2021 06:05:49 AM