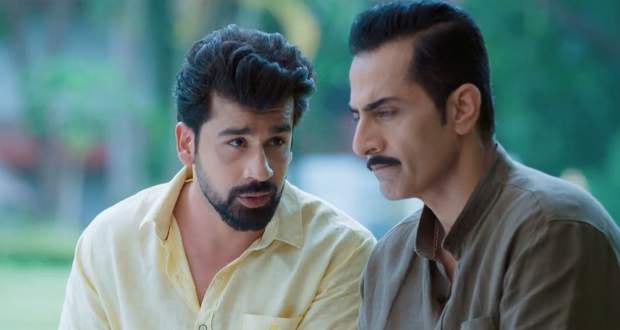 Today's Anupama 9 June 2021 episode starts with Vanraj supporting Anupama as she was about to fall off her wheelchair.

Meanwhile, Kavya tells Anupama to get well soon as she has to see off her and Vanraj for their honeymoon.

Leela taunts Kavya for discussing their honeymoon plans in front of everyone.

Listening to all the chaos between Kavya and Leela, Vanraj shouts at Kavya and sternly orders her to leave.

Further, the Shah's celebrate Anupama's victory by cutting the cake.

Dr. Advait and Anupama thank each other for helping one another by expressing their gratitude.

Afterward, Kavya tries to prepare tasty food for Vanraj to forgive her past misconduct.

Later, Vanraj keeps on hunting for a job but doesn't get any success.

Looking at his trouble, Paritosh offers Vanraj help and asks him to join Rakhi's organisation.

But, Vanraj refuses his proposal and tells him that he will figure out something else.

On the other hand, Rakhi tries to provoke Anupama by telling her that as now she is divorced then after going to Ahmedabad she will be living in her maternal home.

Anupama with her kind behaviour explains to Rakhi that though she is been divorced now her responsibilities towards her in-laws and children will never change.

She tells Rakhi that no matter what happens she will be always there to help her family.

Upcoming Anupama written episode update: A new beginning awaits for Anupama as everybody leaves for Ahmedabad.

© Copyright tellybest.com, 2020, 2021. All Rights Reserved. Unauthorized use and/or duplication of any material from tellybest.com without written permission is strictly prohibited.
Cached Saved on: Thursday 11th of August 2022 11:21:42 AM