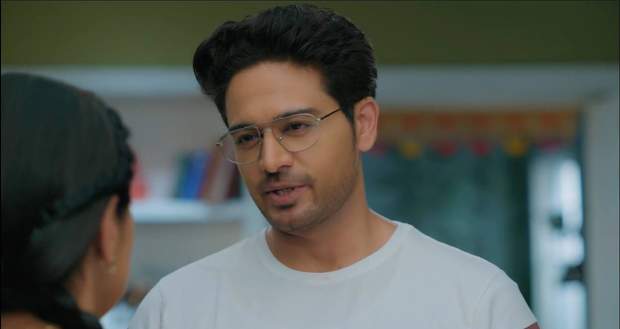 Today's Anupama 9th March 2022 episode starts with Kinjal proposing to go alone if Anupama is busy with Anuj but Anuj asks Anupama to accompany Kinjal as she needs her.

With regret in their eyes, Anuj and Anupama separate while Anuj notices Anupama’s message of celebrating at dinner together.

Meanwhile, Vanraj, Kavya, and Paritosh receive a surprising welcome from Rakhi who was waiting for Kinjal to return.

Taunting Vanraj about not being the real owner, Rakhi continues her kitty fight with Vanraj.

Vanraj threatens Rakhi to drive her out of his house by using Kinjal to his advantage to which Rakhi sulks with rage.

However, Rakhi tells Vanraj that his happy days in the business world are coming to an end as Anuj is re-entering his arena.

Vanraj stiffens on hearing the news but plays it chilled with a joke.

At the same time, Anuj prepares dinner for him and Anupama and eagerly waits for her arrival.

At the hospital, the doctor checks up Kinjal and delivers the news that she is very weak currently which can cause complications in the pregnancy.

Anupama comforts Kinjal as she panics on hearing the doctor’s words.

Clouding his head with thoughts, Paritosh seems perplexed about his reaction towards Kinjal’s pregnancy and their child.

Samar tries to advise Paritosh on providing his support to Kinjal in this situation and not become like Vanraj.

Amid the wait for Anupama, Anuj gets a call from Vanraj who sarcastically taunts and makes fun of Anuj’s new business project.

Coming back to the hospital, after messaging Anuj that the reports will take time, Anupama keeps company with Kinjal.

On Kinjal’s question about the feeling of her first pregnancy, Anupama shares her story with Kinjal and tells being a mother is the happiest and the most difficult journey at the same time.

Giving support to an anxious Kinjal, Anupama assures that Paritosh will soon be supporting her in their journey of pregnancy together.