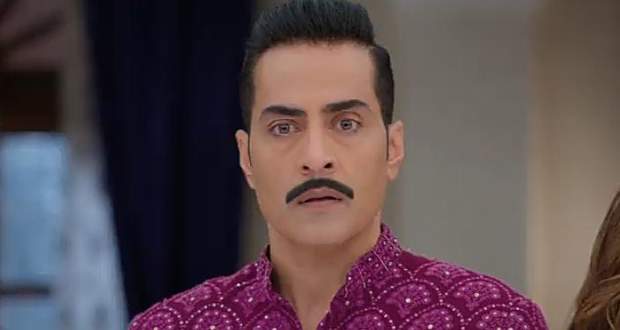 Meanwhile, ashamed of his mentality, Anupama slaps Paritosh and throws him out of the house.

Paritosh blames Anuj for separating him from his mother and walks away.

Anuj feels guilty and decides to fix everything up, to leave Anupama and distance himself from her.

Anuj informs Anupama that he wants to clear the misunderstandings for her and leaves to meet the Shahs.

Afraid and worried for Anuj, Anupama leaves in search of him and heads towards the Shah's house.

Anuj tries convincing the Shahs and requests them to stop demoralizing Anupama.

Vanraj is enraged to see Anuj and triggers him to confess his love for Anupama.

Anupama reaches the house just in time and overhears Anuj talking about his feelings for her.

Anupama is shocked and clueless.