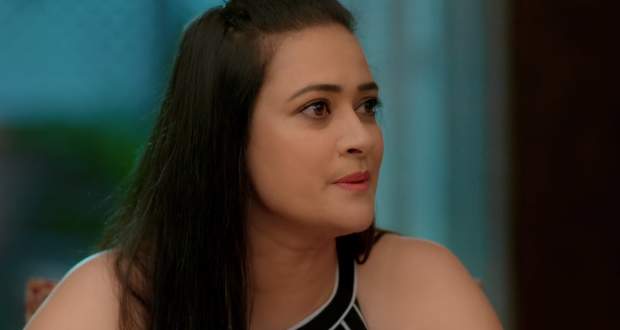 Today's Anupama 10 Aug episode starts with Anirudh entering Vanraj’s office and making them feel uncomfortable. He has come to get the keys while Vanraj gets possessive for Kavya.

Anirudh also puts his hand on Kavya, making Vanraj angrier. Meanwhile, Anupama gets excited to meet her childhood friend Devika. Devika gives the best teacher bad to her as she is not aware of her losing the job.

Anupama gets worried about Baa and Vanraj’s reaction over Devika’s arrival. Devika meets Anupama’s kids and Baa. Elsewhere, Vanraj sees Anirudh with Kavya over a video call and gets upset.

Kavya asks Anirudh to behave and not act like they are a couple. Later, Anupama gets worried to learn Devika is planning to stay with her for the night.

Vanraj comes and Devika gets excited to meet him. She further compliments him and reveals her husband was a cheater. Vanraj gets silent for a while and then allows Devika to stay for the night.

Samar witnesses this and feels bad for his mother. Later, they all have dinner together while Baa reminds of a fasting ritual to be performed for the next two days.

Devika starts praising Anupama and says she was very good at studies. She reveals that Anupama used to come first in class and also won many prizes in classical dancing. Pakhi, Toshi, and Samar get extremely excited to learn these things about Anupama.

© Copyright tellybest.com, 2018, 2019, 2020. All Rights Reserved. Unauthorized use and/or duplication of this material without written permission from tellybest.com is strictly prohibited.
Cached Saved on: Monday 28th of September 2020 11:23:49 AM