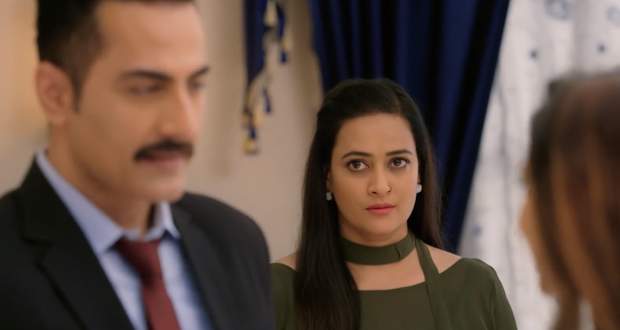 Today's Anupama 12 Aug episode starts with Vanraj asking Anupama to sleep with Devika in Pakhi’s room. He continues to think about the closeness shared by Anirudh and Kavya.

Meanwhile, Anupama and Devika share their feelings with each other. Devika reveals she used to love her husband and used to trust his every word.

Devika is happy for Anupama’s supporting family but wants her to give importance to herself. She wants Anupama to give time to dance and her life. She wants her to find the lost Anupama.

Samar receives the video of the girl he met on Rakhi. He learns that her name starts with N and imagines dancing with that girl on the roads.

In the morning, Devika teases Baa and then talks to Vanraj for a while. She asks him to take care of Anupama. At the same time, Kavya arrives and Devika witnesses change in Vanraj’s demeanor.

He gets all excited and can’t his eyes off her. Mamaji wishes to see a movie while Kavya asks him to watch Deadpool. She gets in an awkward situation while Devika is suspicious of Vanraj and Kavya’s relation.

Later, Devika accuses Vanraj of having an affair with Kavya. Anupama gets upset with Devika’s allegations and asks her to not utter a single word against her husband. Devika repeats her words while Anupama raises a hand on her.