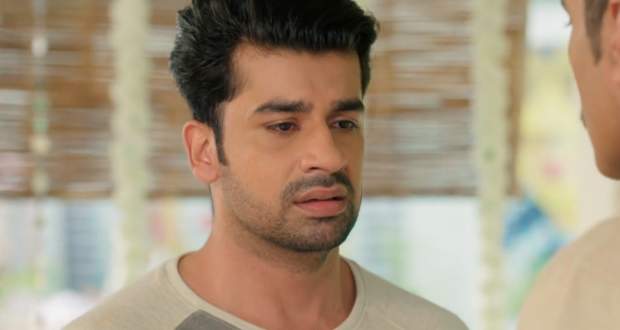 Today's Anupama 15 Oct episode starts with Kavya questioning Paritosh about Anupama and Vanraj’s love. She suggests that Vanraj is living forcefully with Anupama.

Kavya challenges him that he can’t stop their wedding. Kavya calls Vanraj and tells him that Paritosh knows the truth. Vanraj gets upset with Kavya for taking things lightly and blames her.

Kavya also gets scared of Vanraj breaking their marriage. Further, Sanjay confronts Vanraj and warns him of saving his family before it burns into ashes. Vanraj finds Devika, Nandini, and Paritosh looking at him with doubtful eyes.

Devika helps Anupama and later they both spend some fun moments. Elsewhere, Paritosh confronts Vanraj about having an affair with Kavya. Vanraj manipulates Paritosh and states that he knows the half-truth.

He states that he had an affair with Kavya. He explains he was not happy to get married to Anupama and that Kavya was someone in his life for understanding him.

Paritosh doesn’t like his justification while Vanraj says he is accepting his mistake. He says that he broke up with Kavya as he was living in guilt. He puts all the blame on Kavya and states that he is scared that Kavya will tell Anupama.

Paritosh gets emotional listening to Vanraj’s apology and promises he won’t tell anything to Anupama. At the same time, Anupama falls down while Vanraj is worried about the two marriages.

Kavya and Vanraj talk to each other and Kavya asks him to reach the temple on time. Baa asks Vanraj to not go out of the house. Vanraj asks Anupama to help him get out of the house as he has an important meeting.

Upcoming Anupama episode update: Kavya and Vanraj reach the temple for their marriage.