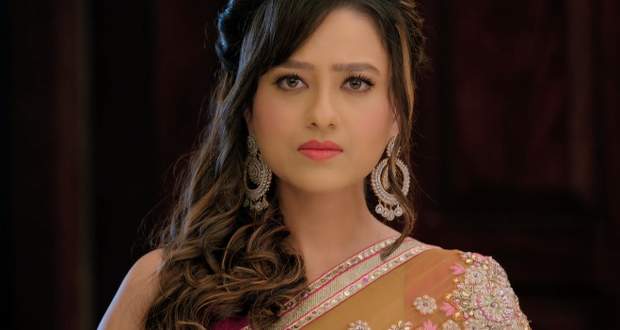 Today's Anupama 17 Aug episode starts with Anupama showing Toshi how she dressed Kinjal. She asks them to spend some time together as they won’t be able to talk once the celebrations start.

Anupama comes into her room and gets happy to see Vanraj wearing the same color as her saree. She says she has asked Kavya to come while Vanraj is up to something.

Baa performs a dance to show to Bapuji on a video call while Dolly and family also arrive for the celebrations. Baa taunts Dolly for not wearing saree while Vanraj compliments Kinjal.

Vanraj further compliments Anupama for having good values and at the same time, Kavya comes and witnesses the scene. She feels insecure while Vanraj continues to make her feel jealous.

Kinjal reveals in front of Toshi that she has not told her mother about attending the Janmashtami celebration at Shah house. Anupama starts the function with a beautiful speech while Samar is mesmerized to see Nandini in Indian attire.

Vanraj witnesses Anirudh calling Kavya and ignores her to talk to Anupama. Anupama and Vanraj perform all the rituals of Janmashtami and ready Krishna’s idol.

They also perform Aarti while Pakhi breaks the Matki of Makhan. Kavya feels insecure and left out during all the rituals performed during Janmashtami.

Anupama is asked to perform a dance on the occasion while she denies it. Vanraj also asks Anupama to dance and compliments her to make Kavya feel jealous.

Anupama agrees to dance while Baa also compliments her son and daughter-in-law. She prays for their togetherness while Anupama feels delighted.

© Copyright tellybest.com, 2018 & 2019 & 2020. All Rights Reserved. Unauthorized use and/or duplication of this material without written permission from tellybest.com is strictly prohibited.
Cached Saved on: Thursday 24th of September 2020 02:49:49 AM