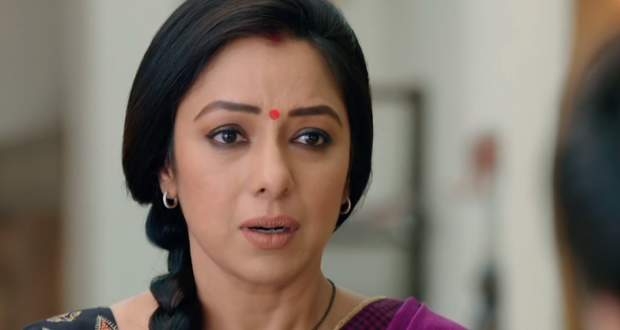 Today's Anupama 17 Jul episode starts with Anupama apologizing to Kavya for not eating cake. At the same time, Pakhi announces that her school is organizing a fate.

She reveals that everyone’s mother is organizing a stall in the fare. However, she is embarrassed to take her mother in fate. Anupama accepts that she can’t do anything.

Vanraj convinces the principal by stating that Kavya will put a career counseling stall. Meanwhile, Anupama is upset that she can’t make the food without letting Pakhi know.

Samar and Bapuji arrange a kitchen on the terrace and successfully fool Leela. Bapuji sends Leela to Satsang and asks Anupama to go to school for registration.

Kavya gets upset with Vanraj for not remembering their lunch date. Vanraj says he likes only Anupama’s food but everything about her. They do romance while Vanraj wants Kavya to make Pakhi win.

Anupama goes to Pakhi’s school and asks the principal if she can put a stall of food. She makes her taste her special dish and the principal allows her to organize the stall.

The principal gives the same stall number as Kavya. Both Anupama and Vanraj dream of Pakhi winning the trophy.