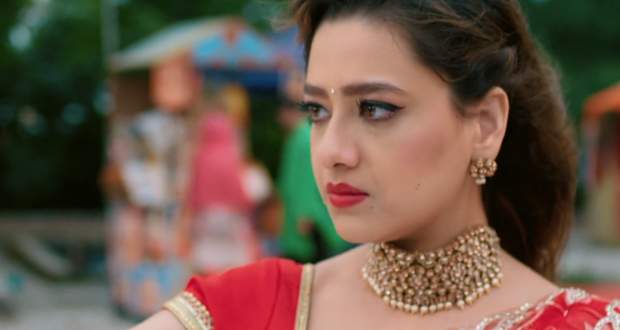 Today's Anupama 17 Oct episode starts with Kavya asking the Pandit to not leave the temple. She receives a voice message from Vanraj and learns that he is not coming.

Kavya falls unconscious and Anirudh holds her. Meanwhile, Vanraj and Anupama see each other all dressed up and admire each other’s beauty. Elsewhere, Anirudh rebukes Kavya for being stupid.

He says that people will just make fun of her and that she is just a toy for Vanraj. He suggests that they should get married to each other. He asks her to forget about Vanraj and give their relationship a chance.

Samar and Paritosh bring special garlands with pictures of their family and reveal that it was Bapuji’s idea. Anupama feels lucky while Vanraj continues to get worried for Kavya.

Baa praises Sanjay for not letting Vanraj go while Sanjay is adamant to preserve his sister’s happiness. The Varmala Ceremony happens with full-on Masti and fun.

Vanraj gets scared as he starts imagining Kavya everywhere and doesn’t want her to come to his house. Later, Vanraj doesn’t want his mother-in-law to touch his feet and asks her to just put milk and water.

The rituals at home continue while Kavya is enraged with Vanraj not coming. She wants him to take the decision and choose between her and Anupama. She decides to go to the Shah mansion to confront him.

© Copyright tellybest.com, 2018, 2019, 2020. All Rights Reserved. Unauthorized use and/or duplication of this material without written permission from tellybest.com is strictly prohibited.
Cached Saved on: Wednesday 28th of October 2020 02:22:02 PM