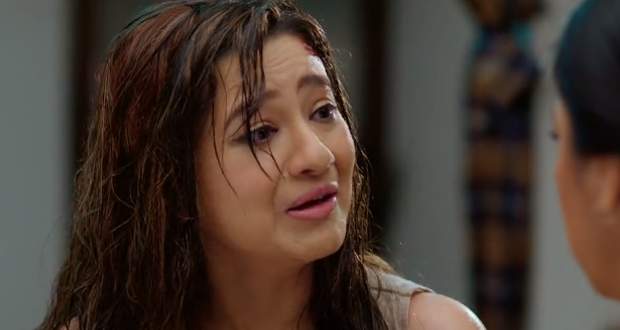 Today's Anupama 17 Sep episode starts with Anupama giving the jewelry to Leela. Leela notes down everything while Anupama also tries to give Kinjal’s diamond ring.

She also wants to give 7 thousand rupees left but Leela taunts her of bragging about her family money and jewelry. Bapuji asks for the jewelry that his mother gave to Leela.

He further reminds her that she sold them and bought new jewelry. He compares the situation and also suggests that Anupama didn’t sell the jewelry for her selfish reasons.

Nandini asks Samar about Anupama while Samar points that she was right about marriage. Later, Kavya is upset with Vanraj and wants him to end the drama. Vanraj gets irritated and asks her to keep patience.

Anirudh overhears her conversation and mocks her. Elsewhere, Anupama tries to console Vanraj while Vanraj doesn’t want any other drama at the engagement.

Anupama wishes to always stay with Vanraj while at the same time, they hear knocking on the door. They open the door and find Kavya in an injured condition.

Everybody gets shocked while she comes running inside and hugs Vanraj. She reveals that she has left Anirudh’s house and wishes to stay with Vanraj. Vanraj pushes her away and asks Anupama to handle her.

Kavya wishes to go to Nandini’s house while Anupama stops her from going. Anupama declares that Kavya will stay with them shocking everyone. Kavya reveals that she was beaten by Anirudh.