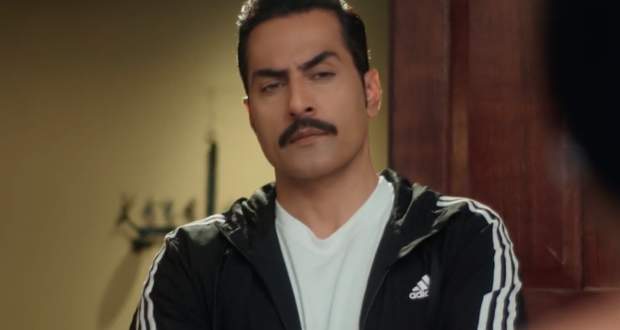 Today's Anupama 18 Jul episode starts with Dolly’s husband giving cream roll to Bapuji. At the same time, Leela arrives and asks for Anupama. She thinks Anupama has gone to her mother’s house.

Anupama is forced to lie to Leela and feels guilty. She is also scared of the funfair competition. Vanraj is sure Kavya will win and wishes her luck.

Anupama wakes up early and Vanraj asks her to apply balm on his back. Meanwhile, Samar waits for Anupama on the terrace while later she gets ready.

They later see Leela awake and get worried about her. Bapuji asks them to go upstairs as he will take care of Leela. Leela starts her Satsang while Samar and Anupama make food for the funfair.

Leela can smell the food but Bapuji puts scented Agarbatti to distract her. Leela is still able to smell Anupama’s food and Bapuji tries to stop her.

Anupama is packing the food when Vanraj arrives upstairs and doesn’t want her to put a stall in Pakhi’s school. Vanraj says she will lose and will embarrass Pakhi as well.

Anupama agrees with Vanraj and decides to not go. Later, Vanraj tells Kavya that Anupama was planning to put a stall in the funfair of food. Meanwhile, Samar and Bapuji learn that Anupama has decided not to go and convince her to try.

Bapuji makes a plan and lies to Leela that her sister is not well. Everyone from the house leaves and Anupama also gets ready to leave for the funfair.

Upcoming Anupama episode update: Vanraj and Kavya get shocked to see Anupama at the stall.