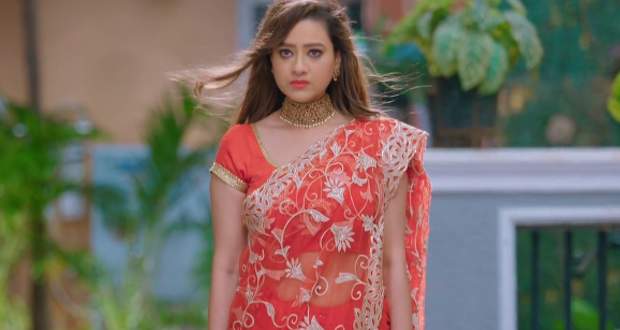 Kavya gets upset to recall the memories when Vanraj praised Anupama. Meanwhile, Bapuji wishes to do the Kanyadan along with Leela. He praises Anupama for being a daughter for the family.

Anirudh tries to call Nandini but she is busy at the wedding. Elsewhere, Kavya is asked to take another cab by the cab driver as his petrol gets finished.

Both Bapuji and Baa ask Vanraj to keep Anupama happy. Baa also wants to be a mother for Anupama now. Nandini tells Paritosh about Kavya’s arrival while Rakhi overhears their conversation.

Paritosh is sure Kavya can’t do anything while Nandini knows Kavya will create a scene. The rituals of Anupama and Vanraj’s marriage proceed while Kavya approaches the Shah house on feet.

Kavya reaches Shah house while Vanraj stops during the rituals and gets scared to see her. He thinks he is imagining Kavya to be at the door of the house and continues with the rituals.

Kavya comes at the same time and Vanraj gets scared. She apologizes to Anupama for not attending her wedding as she was also getting married. Further, she hugs Anupama and Nandini, Sanjay and Paritosh get worried.

Upcoming Anupama episode update: Anupama gets to know the reality of Vanraj and Kavya’s relationship.

© Copyright tellybest.com, 2018, 2019, 2020. All Rights Reserved. Unauthorized use and/or duplication of this material without written permission from tellybest.com is strictly prohibited.
Cached Saved on: Thursday 26th of November 2020 10:02:38 AM