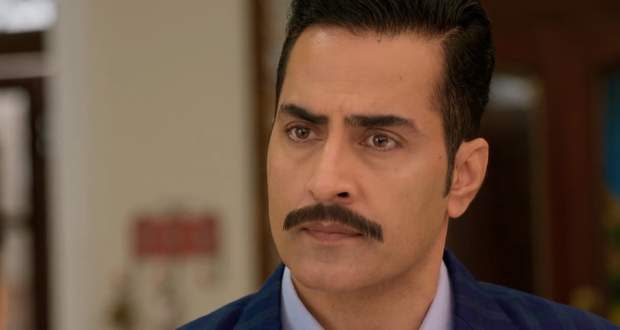 Today's Anupama 21 Jul episode starts with Anupama trying to talk to Vanraj. Vanraj puts a song on the radio while Anupama starts thinking about her win.

Anupama reaches home and Samar tells Anupama that Bapuji has gone to his in-law's house. Anupama tries to consoles Leela and tells her that Vanraj praised her.

Anupama asks Vanraj to tell Leela what he said on stage. He repeats his lines and says it was all a lie. He says Anupama shouldn’t have gone against his command and put a stall.

Pakhi is also upset with Anupama for putting the stall as she had already told Kavya to put the stall. Samar gets upset with Pakhi while Vanraj berates Anupama for lying to everyone.

He also insults her win and is upset about Kavya. Vanraj further asks her to do whatever she wants as his mother can handle the household. He also says she has broken his trust.

Samar makes Anupama talk to Bapuji on a video call and gets praised for her efforts. Anupama asks Bapuji to take care of himself while Bapuji wants Samar to handle the family situation.

Vanraj visits Kavya’s home and tries to console her. Kavya feels she is nothing in Vanraj’s life and wants to end their relationship. Meanwhile, Anupama blames herself for dreaming of winning at Pakhi’s school.

Vanraj expresses his feelings for Kavya and says he can’t live without her. Kavya says she is still waiting for her divorce to get final and that Vanraj is her only happiness.

Anupama apologizes to her daughter as well while Pakhi wants her to be like Kavya. Meanwhile, Bapuji wants Leela to apologize to Anupama. Anupama waits for Vanraj at the door while later he comes and stands in front of her.

Upcoming Anupama episode update: Vanraj asks Anupama if she wants to do a job at Pakhi’s school.