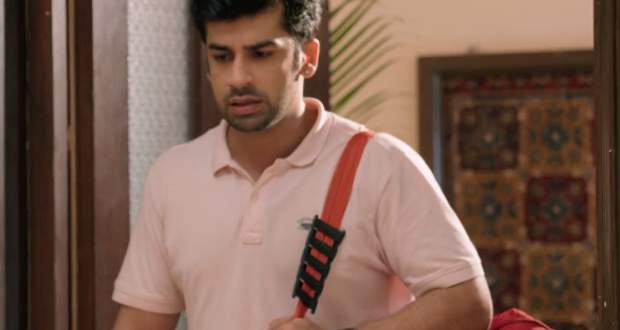 Today's Anupama 22 Aug episode starts with Anupama explaining that she didn’t agree to their condition. Vanraj is mad at Anupama and Paritosh for not caring about his reputation.

Paritosh calls him selfish and declares he will die without Kinjal. Anupama is not able to tolerate Toshi speaking bad about Vanraj and scolds him.

Toshi thinks his father is asking too much from him and is not able to sacrifice his love. He further wishes to leave the house while Vanraj asks him to get out of the house.

Vanraj stops him and asks him to take his phone. Toshi refuses to take it while Vanraj asks Anupama to not move out of the house. Later, Samar rushes to give Toshi’s phone to him and learns he will return only when he is married to Kinjal.

Toshi asks him to not tell anything to their parents. Meanwhile, Baa blames Anupama for everything while Mamaji tries to make her understand Anupama’s pain.

Upcoming Anupama episode update: Anupama recognizes Toshi’s wallet with the police and learns he met with an accident.