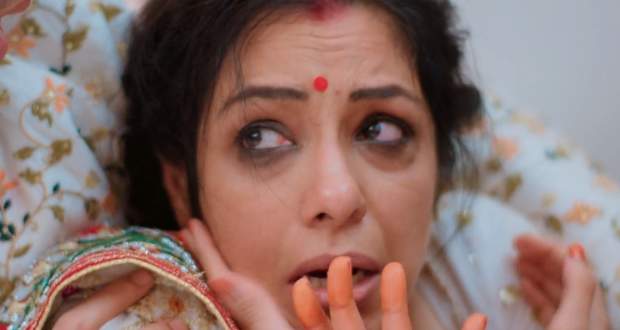 He tells Nandini that he has never seen Anupama sleep and praises his mother. Nandini consoles him and asks him to be strong for his mother. Meanwhile, Paritosh asks Vanraj to drink milk and says he understands him.

Vanraj blames everything on Kavya and says she is trying to trap him. He says he tried to console her but she threatened to spoil his family relationship. He lies that he accidentally fell on Kavya and Anupama witnessed the scene.

Nandini continues to question Kavya while she locks herself in a room. Elsewhere, Paritosh believes Vanraj while Pakhi is really worried about her mother. Vanraj is scared of Devika and decides to go into the room.

Devika lets Vanraj in while Anupama gains consciousness. She gets really scared to see Vanraj and remembers what she witnessed in front of her eyes. She runs away from the room while Devika tries to stop her.

Vanraj is left stunned by Anupama’s reaction while Samar, Pakhi, and Paritosh try to calm Anupama. Baa asks them to take Anupama in the room while she gets scared and refuses to go.

Pakhi takes her to her room and remembers the time when Anupama used to sing a lullaby for her. She sings the same lullaby for her while Sanjay is sure Vanraj has done something.

© Copyright tellybest.com, 2018, 2019, 2020. All Rights Reserved. Unauthorized use and/or duplication of this material without written permission from tellybest.com is strictly prohibited.
Cached Saved on: Thursday 26th of November 2020 09:58:38 AM