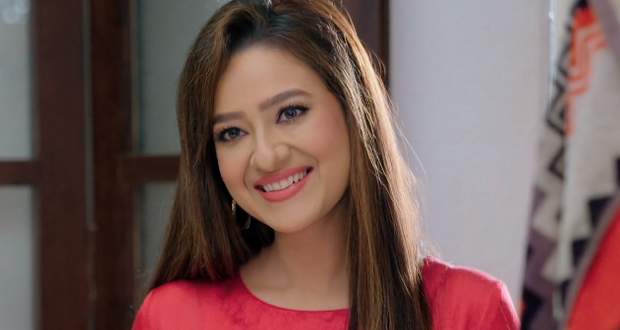 Today's Anupama 23 Sep episode starts with Dolly asking Vanraj to go out of the room as they have to discuss makeup and jewelry. Kavya offers to help while Anupama jokes with her.

Kavya points out that she and Anupama’s one important choice is the same. Pakhi says they have the same taste in jewelry while Anupama expresses her wishes for her son’s marriage.

Kamini eyes the ring while Baa wants to know the news about her village. Kamini points the ring is too costly while Baa gets an opportunity to criticize Anupama.

Dolly asks Anupama to wear a particular saree while Kavya gets jealous of Vanraj and Anupama’s relationship. Kavya wishes to wear the same saree which Anupama wants to wear.

Anupama doesn’t want to give the saree but Pakhi insists Anupama should give it. Later, Pakhi and Paritosh tease Samar for liking Nandini. Meanwhile, Anupama shows a brightly colored Kurta to Vanraj.

Kavya points out that the color is too loud for him while Vanraj is confused about whose side he should take. Vanraj chooses not to wear the Kurta and asks Anupama to choose a subdued color.

Jhilmil brings her daughter along to work while Kamini asks Anupama to keep an eye on her. Anupama asks her to behave and not talk ill against the poor.

Jhilmil overhears Anupama and Kamini’s conversation and starts crying. Anupama assures her that she trusts her. Kavya wishes to enter the kitchen and Anupama stops her. She asks Kavya to remove her slippers before entering. Kavya takes the responsibility to make food for Rakhi.